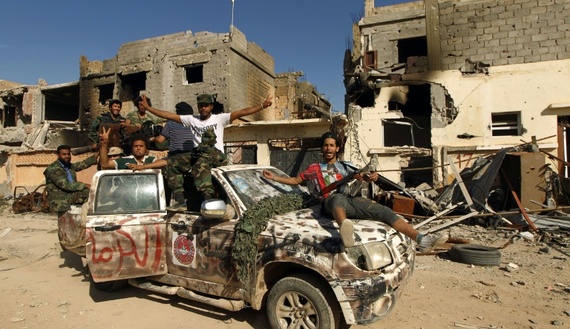 Libya: National forces flash IS out of Benghazi 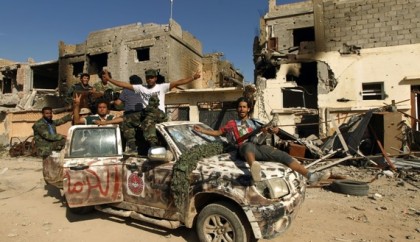 “We have totally liberated the area of Lithi,” said Fadel al-Hassi, of Libya’s Special Forces.

Lithi neighborhood had been a stronghold of militant groups including the Islamic State. Loyalists led by the Libyan Army Chief Commander Khalifa Haftar have been fighting for two years to retake the city from terrorists who established a nerve center in the second large city of the oil-rich North African country.

Haftar issued a video statement praising forces’ win over the jihadists, a win he described as the fruit of “much patience”.

Delighted local residents were allowed to tour the battle field. Some were seen firing celebratory shots into the air while others celebrated with loyal forces holding flags, flashing their cars lights or honking their horns.

While the IS group is defeated in Benghazi, its fighters are trying to regain control of Sabratha, west of Libya where US air raids killed dozens of terrorists last Friday. According to reports, IS fighters launched attacks on several strategic places of the town before being driven out by forces loyal to Tripoli-based administration. Four IS fighters were killed.

Meanwhile in separate reports, Libyan international recognized parliament, the House of Representatives (HoR) failed to have a vote of confidence on the Government of National Accord proposed by Prime Minister-deisgnate Faiez Serraj.

Contradictory reports indicate that the parliamentary session was adjourned for lack of quorum (89 lawmakers). Other reports say a group of anti-unity government disrupted the vote which has been postponed to next week.

According to the Libya Herald, a group of Cyrenaican / Federalist, an anti-GNA minority within the House of Representatives disrupted proceedingsof the Tuesday’s session. The 10-member group insulted, threatened, bullied and shouted during the session to ensure that no vote took place.

The group also physically prevented the Speaker of HoR, Ageela Salah, from launching the voting procedures.

The House is set to meet next week for the vote. However, UNSMIL Chief Martin Kobler expressed his disappointment following the second postponement of the vote saying he was concerned by the slowness of the process.

North Africa Post's news desk is composed of journalists and editors, who are constantly working to provide new and accurate stories to NAP readers.
NEWER POSTTunisia: one Third of Companies Paid Bribe in 2015
OLDER POSTKing Assesses Field Performance of a Moroccan Consulate Near Paris