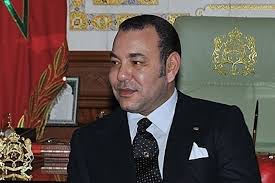 King Assesses Field Performance of a Moroccan Consulate Near Paris

King Mohammed VI of Morocco on Tuesday visited his country’s consulate general in Orly in the Paris neighborhood to assess the work of the consular staff and their performance in meeting the Moroccan expatriates’ needs.

The visit translates the King’s keen interest in the situation of Moroccan citizens living abroad and his concern to see their demands and claims met, especially so that many of them often complain about the way they are treated in their country’s consulates.

The King had expressed the interest he grants to this issue in his 2015 Speech of the Throne (July 30) when he had said that through his meetings with Moroccan expatriates, either at home or when he is abroad, he has “a clear idea about their true concerns and legitimate ambitions” and heard many of them complain about the way they were treated on the premises of Moroccan consulates.

“Several members of this community expressed dissatisfaction with the treatment they were subjected to in some consulates and complained about the poor services provided, both in terms of quality and deadline, and about administrative obstacles,” the King had then said, urging firmly his Foreign Minister to address the dysfunctions and problems in some consulates that harm the interests and dignity of Moroccan expatriates.

“I urge the Minister of Foreign Affairs to take firm action and remedy the problematic situation in some consulates…” and “those found to be guilty of neglecting their duties, flouting the interests of the Moroccan community abroad or mistreating its members should be dismissed,” King Mohammed VI had said, stressing the need to be rigorous in selecting consuls and to take into account “competence, responsibility and commitment to serving our citizens abroad…”

Following the King’s speech, wherein he had also insisted on the need to improve communication and interaction, make services more readily available to citizens, simplify and upgrade procedures and preserve human rights and dignity, the Foreign Department took an array of measures to upgrade consular services, through improving reception conditions, easing and modernizing paper work, and providing the needed information. Consulates have also included in their activities cultural and social actions to keep the expatriates close to their native country.