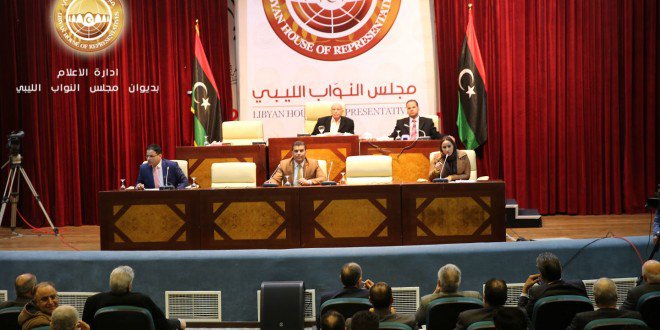 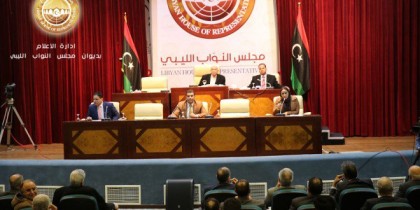 The Libyan internationally recognized parliament based in Tobruk is due to meet Tuesday to approve the Government of National Accord said to tackle Libya’s numerous problems.

After days of tumultuous debates, the House of Representatives (HoR) is finally going to hold a “vote of confidence” on the government list proposed by the Prime Minister-designate Faiez Serraj.

Serraj on Monday told lawmakers that after endorsement, his government will get to work from wherever it can as it appears impossible for it to operate from the capital Tripoli where rival administration has established itself.

UN-backed Presidency Council led by Serraj saw its first government line-up turned down by the HoR last month on the grounds that it was too large.

UNMISL Chief Martin Kobler travelled to Tobruk on Sunday to persuade lawmakers to endorse the new proposed government. Furthermore, seven states namely France, UK, US, Spain, UAE, Italy and Germany also last week issued a joint statement calling on the HoR to back unanimously the proposed unity government if it wants Libya to solve its humanitarian crisis, economic problems and the thorny security issue posed by the Islamic State.

Meanwhile, reports point out that the vote may not be easy as there are still strong opposing voices in the parliament which reject Prime Minister Serraj’s proposed team.

The anti-government lawmakers argue that the GNA line-up is controlled by Muslim Brotherhood while others criticize the Presidential Council for its large size. For them the Council of nine members should be downsized to three; the Prime Minister and his two deputies.

Reports based on the Libyan army accounts indicate that Hafter’s convoy travelling to Al-Marij collided with an oil tank, which caused a blast leaving three of his bodyguards dead while he was himself reportedly injured.