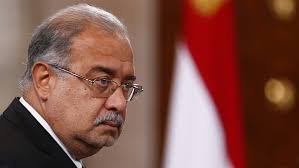 The Prime Minister is scheduled to deliver his policy statement speech on February 27 at the National Assembly.

They warned that “any shocking measures” that would affect the poor and limited-income earners could lead to widespread demonstrations.

The MPs claimed that in their meetings with the Prime Minister they strongly rejected any further devaluation of the national currency, reduction of water and electricity subsidies or increase in Cairo metro fares. They urged the Prime Minister to rather focus on “imposing higher taxes on business tycoons, prevent senior officials from making costly foreign visits, and stop using luxurious items such as Mercedes cars in government ministries” explained Anwar Al-Sadat, chairman of the Reform and Development Party.

Ismail told the press over the week that the government will not be announcing “shock measures” during the policy statement before underlining that “we prefer to work towards our goals gradually” rather than using “shock tactics.” He hinted that “the new package of economic reforms will mainly focus on raising custom tariffs on many imported goods in order to both generate more sovereign revenues and give a boost to national industry.”