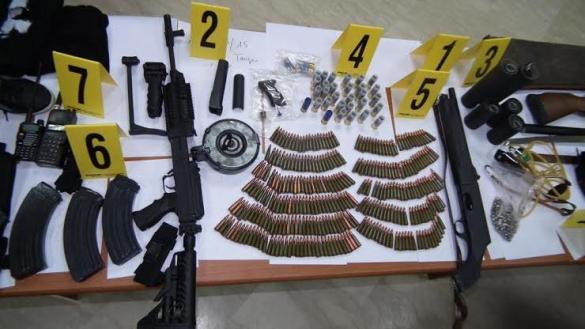 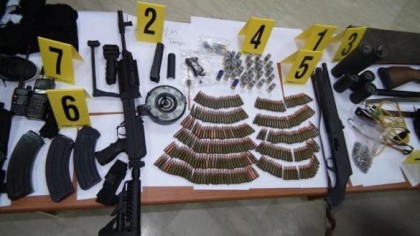 The ten-member ISIS cell, including a French national and a 16-year old minor, dismantled in El Jadida Thursday was planning car bomb attacks and the use of biological weapons.

The initial findings of the investigations revealed that the group is not a mere terrorist cell, but “a genuine armed commando,” said Abdelhak Khiam, the director of the Central Bureau of Judicial Investigation (BCIJ,) at a news conference Friday.

The terrorist cell that was active in El Jadida, Essaouira, Meknes and Sidi Kacem was projecting to set up, after the perpetration of its planned attack, a military training camp at Sehb el Harcha, a mountainous area about twenty kilometers from Tan-Tan, Khiam said, adding that the terrorists had already spotted caves to serve as their “safe heaven” and areas for their military training.

Besides a range of weapons consisting of automatic machine guns, revolvers, rifles and hundreds of bullets, the BCIJ seized six jars containing chemicals with high sulfur content, usually used as fertilizer in agriculture.

According to BCIJ chemical and biological products experts, the chemicals allow to make homemade powerful explosives and once heated to a high temperature, the material releases deadly toxic gas. The members of the terrorist cell had planned to integrate this toxin in their explosive device to widely disseminate this neurotoxin, considered as one of the most powerful biological poisons.

And for Abdelhak Khiam, the weapons and substances seized as well as the militants’ training leave no doubt that Daech (ISIS) has radically changed its tactics. “The weapons seized came from Libya, which confirms that the General Staff of the terrorist organization is consolidating its positioning in the Maghreb,” he said.

Another revealing fact is that members of the terrorist cell have not been trained, as usual, in camps in Syria or Iraq. “These people were trained locally in coordination with Daech, which provided them with the necessary weapons,” the BCIJ director said.

The first information elements about the ten members of the terrorist cell that has pledged allegiance to the Islamic State organization reveal that the organization continues to recruit radicalized individuals of all ages, from diverse backgrounds. Among the arrested individuals, aged between 16 and 40, there are three students, one university graduate, one idle person and three school dropouts, the BCIJ director said, adding that the 16-year old was supposed to drive the suicide car bomb. Their 35-year old leader, they call emir, is a real estate agent native of Laayoune, who settled in a popular neighborhood in El Jadida, while the French citizen has been living in Morocco for almost a year and converted to Islam.

Abdelhak Khiam said investigators have not yet determined the exact locations targeted by the planned terrorist attacks, but what is sure is that the terrorists were eying “state institutions, civil and military personalities and hotels.”

The BCIJ director who expressed satisfaction at the results scored by is department in tracking down terrorists underlined however that “Morocco remains a prime target for various armed groups settled in the area, due to its openness.” He also mentioned the threat embodied in the large number of Moroccan fighters having joined ISIS in Iraq and Syria.