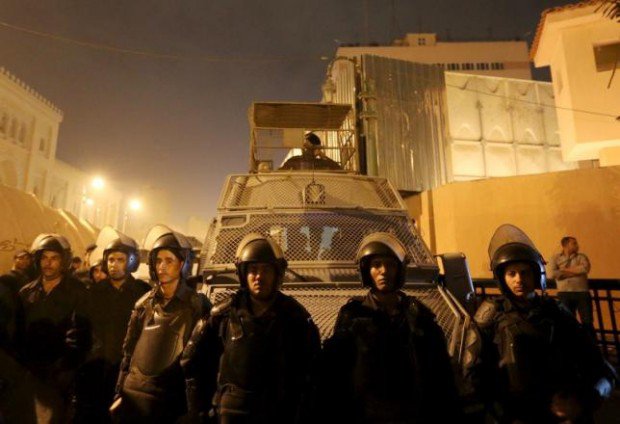 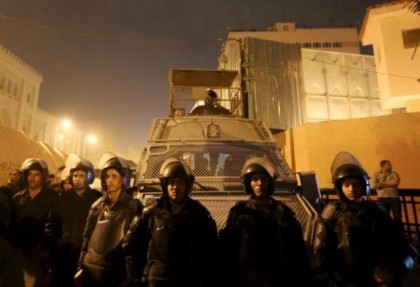 Hundreds of angry protesters turned up Thursday night at Egypt’s security headquarters in Cairo to protest police brutality after a policeman shot dead a driver in the street.

The security directorate indicated that the protesters were furious after one policeman killed a driver in a dispute. The policeman ran away as an angry local mob attempted to arrest and kill him. The policeman was later on arrested.

Egyptian security authorities have been vehemently criticized for police brutality and unpunished killings.

This week, Egypt’s doctors’ syndicate notified the interior ministry it would stage a nation-wide protest in all hospitals of the country on Saturday.

The doctors’ decision came after the syndicate held last Friday an emergency meeting in response to police raid of hospitals and also to the controversial new health insurance law.

Thousands of doctors took to the street last month to protest police violence and government’s silence over police assault on the Matareya Teaching Hospital; an assault during which two doctors were brutally beaten for refusing to falsify medical records.

The policemen involved in the case were charged for violence but were later released, local media reported.

The Egyptian regime has come under fire for its reluctance to punish police and security violence. Activists and human rights groups which attempt to speak out against the government’s attitudes are silenced, arrested or subject to forced disappearance.

Wednesday, the Egyptian Health Ministry ordered the closure of a rights organization which documents torture, rights abuses and death in police stations and prisons.

North Africa Post's news desk is composed of journalists and editors, who are constantly working to provide new and accurate stories to NAP readers.
NEWER POSTLibya: US Air Strikes Kill Dozens of IS Fighters at Sabratha
OLDER POSTMorocco’s Cultural Center in Paris Will Celebrate Joint Ties