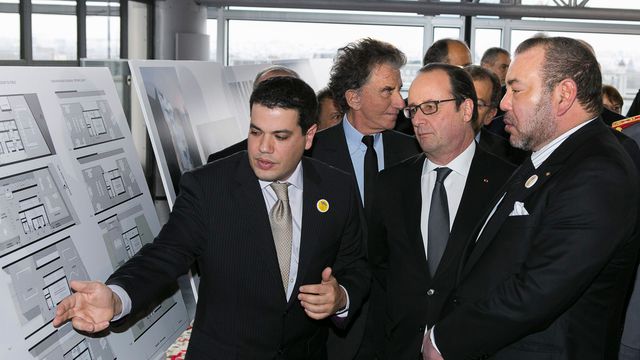 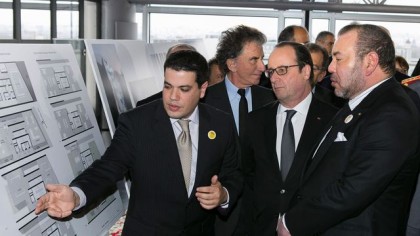 The details of the project of this new cultural institution were unveiled on Wednesday in the presence of King Mohammed VI who is paying a working and friendship visit to France.

The Moroccan cultural center will be constructed over a 320 m2 area, featuring a contemporary design embodying the universal values and spirit of the Moroccan and French cultures.

The center will display the cultural richness and diversity of Morocco. It will also serve as platform for the international promotion of the North African country’s heritage and traditions.

European MP Rachida Dati said the center shows the importance of Moroccan culture in the history and relations between Morocco and the European Union and in particular with France.

”At a time when ignorance and obscurantism prevail over the light of culture, civilization, traditions, knowledge and progress, culture and knowledge are the best defense and buffer against regression”, said Ms Dati, the former French justice minister of Moroccan origin.

For his part, President of the Paris-based Arab World Institute Jack Lang hailed the importance of this project, saying it will contribute to enhancing Moroccan cultural presence in France.

”There are many Moroccan artists, writers and filmmakers in France”, he said, noting that this cultural project will enable Morocco to serve as a beacon and build stronger relations with French and international artists.

French senator Christian Cambon also praised this project which will bring Morocco and France much more closer and strengthen their cultural exchange and common values.

The cultural center will be located in the mythical district of Saint-Michel, which is very popular among French and foreign students, academics and artists and which hosts numerous academic institutions.

The project, to cost about € 7 million, will be completed with 24 months.