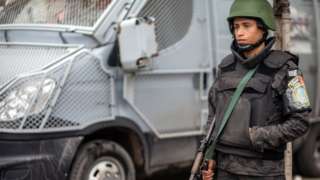 Aida Seif el-Dawla, one of the founders of Nadeem Centre for the Rehabilitation of Victims of Violence, said two policemen turned up at the Centre with an administrative decision to shut it down.

El-Dawla pointed out that the police squad failed to provide reasons for the closure but they accepted to postpone the closure until the center gets clear reasons from the Health Ministry on Monday.

A spokesman at the Health Ministry told reporters that the organization was ordered to close its office for “holding activities other than those allowed in its permit.”

The closure order came few hours after the center’s director Susan Fayad published a statement in a local newspaper in which she lambasted the silence of the government and the police over torture and abuse cases reported in police stations.

The rights group received a major backing from Amnesty International (AI) which denounced government’s move, saying it was an expansion of authorities’ crackdown on human rights groups in Egypt.

AI’s Middle East and North Africa deputy director Said Boumedouha called on Egyptian authorities to overturn their decision and provide the center with clear reasons for its closure.

“This looks to us like a barefaced attempt to shut down an organization which has been a bastion for human rights and a thorn in the side of the authorities for more than 20 years,” he said.

The orders for closure came amid growing pressure on Egyptian authorities who are accused of keeping a blind eye on torture and rights abuse malpractices by security forces in prisons and police stations.

Also, this week, an Egyptian court in Alexandria freed a police officer who was jailed for torturing and killing a suspect.