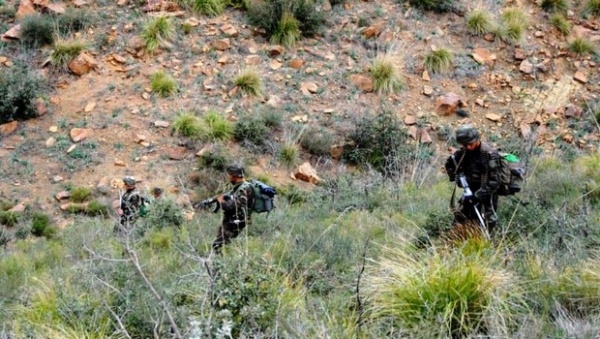 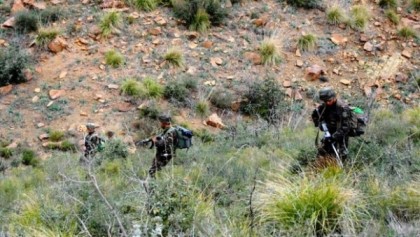 The Algerian Defense Ministry Wednesday announced that army forces had killed two terrorists in the Boumerdes region during a counter-terrorism operation.

The two terrorists were killed on Wednesday during a search and sweeping operation conducted near Douar Bousmail, in the Commune of Ammal, by an army unit.

According to separate reports, Algeria is beefing up military presence at the border with Libya in a move to thwart jihadist incursions on the Algerian territory in the event there is foreign military intervention in Libya.

Algerian “el Watan” indicates that massive military police forces, backed by air forces have been dispatched near the border with Libya for a round-the-clock patrol and control.

The government has raised the level of alert and asked the military to remain on high alert and ready to intervene in case the Islamic State fighters attempt to cross into Algeria.

Chief of the National Gendarmerie General-major Menad Nouba explained that the main goal of these plans is to protect economic infrastructures, industrial zones, gas sites and companies at In Amenas and Tiguentourine, provide security for urban agglomerations and control the road network.

Algeria has been on high alert since western experts said that Algeria and Morocco could be the next victims of the Islamic State as its militants will massively flee from Libya should a foreign military intervention take place.

France’s Minister of Defense, Le Drian had pointed out that the terrorist group is interested in Algeria’s oil installations and had started marching through the Sahara desert towards Algeria and Morocco.