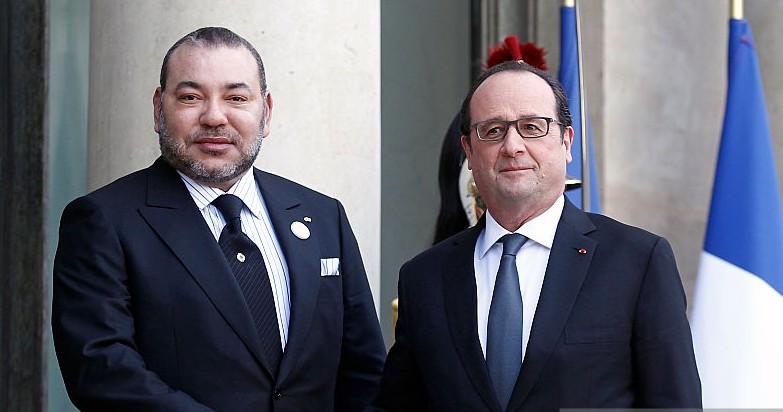 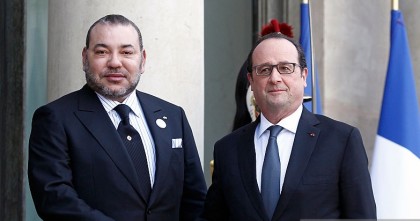 The summit talks held on Wednesday at the Elysée Palace between the French President François Hollande and his guest King Mohammed VI, who just started a working and friendship visit to France, were topped by the crucial issue of climate change as the North African country braces to take over from France the chairmanship of the UN conference on climate change.

In this vein and in a bid to spur a united and strong action on climate, the two heads of state decided to set up a joint roadmap likely to sustain mobilization, strengthen coordination for the ratification by all member states of the Paris agreement and ensure the success of the COP22 to be held in Marrakech next November 7 to 18.

President Hollande seized the meeting opportunity to express thanks to the King for his personal contribution to the success of the COP21 held in Paris last November.

Morocco had actually actively participated in COP21 and had submitted its Intended Nationally Determined Contribution (INDC) to address climate change to United Nations Framework Convention on Climate Change (UNFCCC) wherein it pledges to reduce greenhouse gas (GHG) emissions by 32 by 2030 and to increase the share of renewable energy in electricity generating to 42 pc in 2020.

And as a matter of fact, the Moroccan-French high-level talks are held just a couple of weeks after the North African country launched the first phase of the world’s largest concentrated solar plant in Ouarzazate, dubbed “Noor.”

When this landmark project is completed in 2018, it will reduce Morocco’s reliance on fossil fuel by two and a half million tons of oil and generate enough energy to be partly exported to Europe.

This means that Morocco, with its already low per capita emissions (around 3 t/cap in 2010,) is doing its fair share of global efforts to hold warming below 2°C.

The two leaders also debated a number of regional issues, with focus on the Libyan crisis, which is challenging security in the Maghreb and Western Mediterranean.

In this regard, President Hollande praised the crucial role played by Morocco in the process initiated under the aegis of the United Nations that led to the Skhirat Agreement for the formation of a Government of National Unity.

The two leaders called the Tobruk-based House of Representatives to quickly endorse the new government to start addressing the many challenges facing Libya and the entire region.

King Mohammed VI and the French President also discussed the scourge of terrorism, hailing their close cooperation in the fight against terrorism and transnational crime.

The two leaders also explored new means to strengthen and expand their cooperation in matters of security, de-radicalization, cultural exchanges, and the living-together.

The Sovereign and the French President on the other hand noted with satisfaction the progress made by the two countries’ permanent and excellent relationship and reaffirmed their shared determination to bolster their partnership, in particular through strengthening regular cooperation mechanisms.