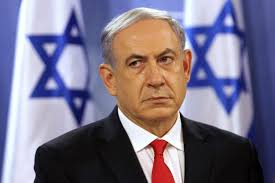 Egypt has cancelled a historic meeting between President al-Sisi and Israeli Prime Minister Benjamin Netanyahu after Israeli Energy Minister Yuval Steinitz opened the lid over the security cooperation between the two countries.

Steinitz reportedly indicated that President al-Sisi’s orders to flood several Hamas-made tunnels linking Gaza to Egypt were made at Israeli requests. He also affirmed that security cooperation between Israel and Egypt is “better than ever,” and asserted that “flooding is a good solution” for the challenge of tackling Hamas’ intricate tunnel system.

The minister’s comments were also unwelcome in Israel as security authorities knew that the comments would frustrate Cairo which has been developing secret ties with Jerusalem.

Cairo fears the disclosure of security cooperation with Israeli will flare up domestic anger and trigger popular protest against al-Sisi who will be treated as traitor and colliding with the enemy.

Many Egyptians view security cooperation with Israel a treason against the Palestinians and against the Arab world in general.

For Al-Sisi, Hamas, a movement deemed as the Palestinian branch of the Egyptian outlawed Muslim Brotherhood, is a threat to national security.

According to “The Jerusalem Post” Cairo needs support from Israel to destroy Hamas’s tunnels linking Gaza to the Sinai Peninsula.

Since last year, both countries have been working to thaw ties. Al-Sisi appointed a new ambassador to Jerusalem while Israel reopened its foreign mission in Cairo after it was stormed in 2011.