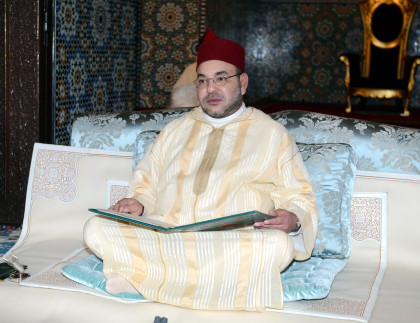 Morocco and Saudi Arabia have renewed their mutual attachment to their strategic alliance and their unwavering support to each other against any threat, interference in their internal affairs or attempt at their integrity.

At a joint press conference held Wednesday in Rabat at the end of talks, the two countries’ Foreign Ministers, Salaheddine Mezouar and Al-Adel Joubeir, who was on a short visit to Morocco, expressed the two countries’ leaders commitment to upgrade Moroccan-Saudi cooperation in all areas and to strengthen political dialogue on issues of common interest, primarily regarding the conflicts in Syria, Iraq and Yemen.

Salaheddine Mezouar thus underlined Morocco’s unshakable support to Saudi Arabia, saying that Rabat stands in “complete solidarity” with Riyadh against any interference in Saudi internal affairs, or any threats to stability of the Gulf region.

Jubeir, who was visiting Morocco for the first time since he took office as Saudi top diplomat last year, expressed Saudi Arabia’s support to the autonomy plan for the Sahara proposed by King Mohammed VI.

“Saudi Arabia welcomes and supports the initiative of HM King Mohammed VI related to the autonomy plan for the Sahara under Moroccan sovereignty,” he said, expressing hope to see the problem settled the soonest possible and asserting that his country’s stand on the Sahara remains unchanged.

“We support these efforts and the program established to upgrade the development of these provinces,” said the Saudi Foreign Minister.

Talks between the two officials actually covered opportunities for Saudi Arabia to invest in the Moroccan Saharan provinces, said Mezouar.

The two kingdoms, bound by very strong ties, have been engaged in several fronts including the Saudi-led coalition in Yemen against Iran-backed Houthi rebels.

Furthermore, Saudi Arabia also announced funding of mega projects in Morocco including a weapon producing unit which will make of Morocco one of the world arm producing countries.

Regarding the Syrian crisis, the two Foreign Ministers said that both countries agree that the settlement of this crisis must necessarily go through a political transition led by the Syrian people.
The two countries consider that the settlement of the Syrian crisis can only be achieved by allowing the Syrian people lead a political transition, while maintaining the State’s institutions and ending the cycle of violence, terrorism and the humanitarian crisis in the country, said Mezouar.

Echoing him, Jubeir voiced his country’s willingness to maintain the institutions of the Syrian state and put an end to war, and was ready to provide the necessary aid to the brotherly Syrian people to reach a settlement and “build a new future for Syria without Bachar Al-Assad”.
He admitted that there was “plan B in case the political process fails in Syria,” but did not disclose any details about the plan.

However, he said that Riyadh was ready to participate with the US-led coalition if it decides to send ground troops to Syria.