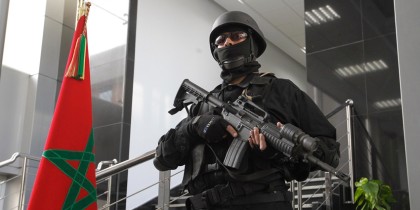 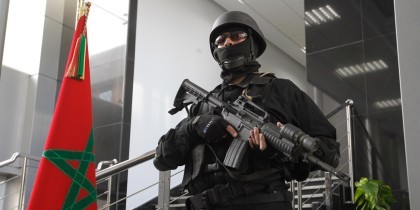 It seems that the terror war waged by Morocco, one of major allies of the West and the U.S. in the region, will never stop. It becomes increasingly clear that the war on terrorism is permanent as the Islamic fanatics and extremists look determined to wreak havoc.

The tireless efforts made by Moroccan security agencies often pay off, helping to curtail and ward off the terror threats. On Wednesday, the authorities of this North African country announced the arrest of another terrorist group made of four ex-detainees who were planning to carry out attacks.

According to the Interior ministry, the four nabbed men are from the cities of Meknes, Tetouan, Martil and Akouray (central and northern Morocco). They were planning to use the military experience acquired by one of them in Syrian-Iraqi battlefields and Isis jihadi training camps to launch series of targeted attacks in the Kingdom.

But their criminal plots were foiled thanks to the vigilance of Moroccan security services.

Morocco has been on high alert since 2014, when the terrorist Islamic State group took control of large territories in Iraq and Syria.

Moroccan intelligence services play a key role in the global fight against terrorism. They helped the French and Belgian police identify the network behind the November attacks in Paris that killed 130 and helped to save innocent lives by pinpointing the location of the suspected ringleader.

Morocco’s counter-terrorism has proven its efficiency in thwarting many terror threats thanks to a strategy based on a global approach including prevention, anticipation, education, rehabilitation, eradication of terrorism roots and international cooperation.

Moroccan authorities say they have dismantled 140 terrorist cells since 2002, foiled hundreds of terrorist plans and arrested over 2,200 suspects.

Morocco is an active member of the Global Counter-terrorism Forum (GCTF) which seeks to reduce the vulnerability of people to terrorism by effectively preventing, combating and prosecuting terrorist acts as well as countering incitement to terrorism and recruitment of jihadists.