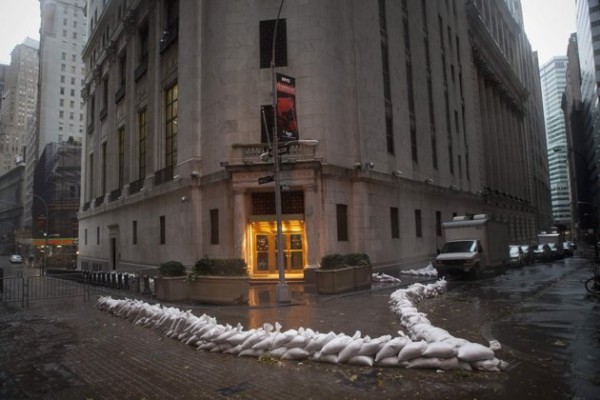 A whole town’s stock trading blocked by a hurricane 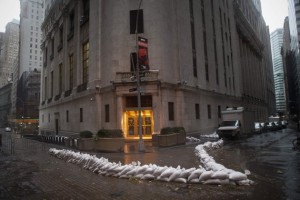 For the first time in 27 years, the New York stock exchange market closed due to extreme weather conditions.  During these last few days the proximity of Hurricane Sandy to this economical center of the US has been known. Many roads were blocked and thousands of residents were told to evacuate. But the decision to close down all stock and option markets was made on Sunday night. Therefore, on Monday the physical trading floor was closed.
At first electronic exchange was planned to be pursued. After the last closing due to weather reasons in 1985 because of another Hurricane Gloria, an attempt was made to create an electronic system by which it is possible to involve only computers without putting staff members life’s at risk. However, following a long deliberation amongst state officials, brokerages, Securities and Exchange Commission, it has been decided that trading will be interrupted at every level. NASDAQ (the second largest stock exchange market after New York stock exchange) which is mainly built on electronic trading also closed today.
Although the storm is expected to cross the whole region, the New York Company does not fear for its data center. Localized in Mahwah New Jersey, this center that handles all trade orders was built to resist a storm of this strength. It also has generators and fuel that will allow it to run in perfect condition for almost a week. The main concern being not endangering human lives some firms plan to run a few of their technology and trading operators in Europe or Asia which they hope might prevent the crashing of the stock market.