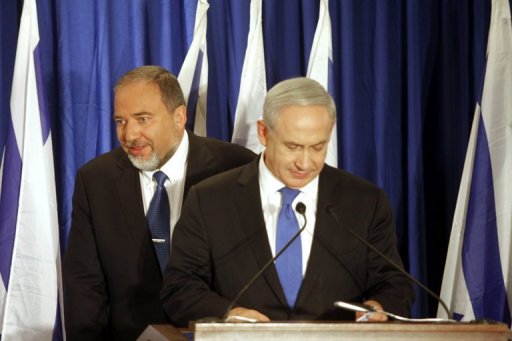 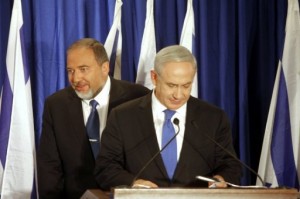 Israeli Prime Minister Benjamin Netanyahu from the Likud party and Foreign Minister Avigdor Liberman of the ultranationalist Yisrael Beitenu will be forming an alliance for the upcoming elections after the approval of the Likud party.
Some of Likud’s 3,700-member ruling body tried to stall the vote by petitioning for a secret ballot, but the alliance won a quick show of hands after Netanyahu pledged that the move would “not change Likud” and its leadership. Netanyahu needs the alliance because he believes coming together with the Yisrael Beitenu party will result in the formation of a strong government and prime minister.
The vice prime minister, Silvan Shalom, also supported the idea saying “the prime minister made a decision and it should be accepted.” In a released statement through his party, Netanyahu said that “such a mandate will allow the government to focus entirely on the enormous tasks ahead of us.”
The main opposition party capable of contesting for the seat against the prime minister according to opinion polls is the ex-prime minister Ehud Olmert, former leader of the centrist Kadima party, who has not yet said whether he will run since his acquittal on most of the corruption charges that led to his 2008 resignation.
Netanyahu came to power a year later after Olmert’s resignation but budget contraints have forced him to call for early elections in January. He is presently heading a coalition government and many believe the recent approval will become a formidable obstacle for rival parties in Israel’s fractious political scene.
Liberman has been known for his tough stance against the Palestinian Authority and he has ruled out the possibilities of having an agreement with their neighbors as long as Abbas is in power.