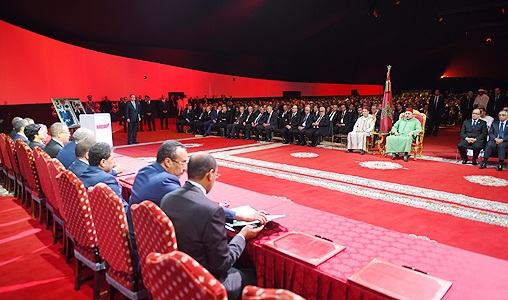 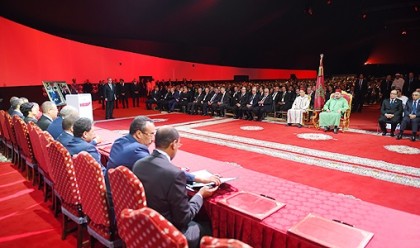 King Mohammed VI chaired, on Monday in Dakhla, the launch of several development programs worth nearly $3 billion that will be carried out in the Dakhla-Oued Ed-Dahab and Guelmim-Oued Noun regions.

These outstanding projects are part of the global development model designed for the region and that was announced by the King from the Sahara city of Laayoune last November on the occasion of the 40th anniversary of the Green March. This new model is meant to ensure the complete and final integration of the southern provinces to the unified motherland and to strengthen the role and influence of the Sahara as an economic hub and as a link between Morocco and its African neighborhood.

The projects to be carried out in the Dakhla-Oued Ed-Dahab region will cost over $1.77 billion, out of which almost $660 million will be contributed by the State. They cover many sectors, including the promotion of fisheries and aquaculture, the construction of a sea water desalination plant with a capacity of 100,000 m3 / day to be used for irrigation purposes, and the creation of an eco-tourism center.

Some projects are destined to preserve the ecosystem, mainly through reforestation, fight against desertification, establishment of green belts and conservation of biodiversity.

Part of these structuring programs, the city of Dakhla will be endowed with a new port, the Dakhla Atlantic port, and will be connected to the national electricity grid.

The cultural aspect features high on the list of these programs with the projected creation of a museum dedicated to the cultural heritage of the southern provinces.

The development projects to be achieved in the Guelmim-Oued Noun region will require a total investment of about $1.19 billion with the State contributing over $550 million.

The main purpose of these projects is the promotion of sustainable and solidarity farming, upgrading ecotourism by enhancing the region’s natural, cultural and ecological potential, spurring job creation and supporting the private initiative.

The programs also provide for the promotion of social sectors (education, health, etc.) the upgrading of road infrastructure, and securing drinking water supply and improving sanitation, in addition to the construction of a dam over Oued Noun.

Some of the projects seek to preserve and upgrade handicrafts and the intangible capital of the region and also to protect ecosystems.

The same day, King Mohammed VI proceeded in the port of Dakhla to the official opening of the new fish market, whose construction necessitated $2.5million.

The new fish market will boost a sound management of traditional non-industrial fishing in the region, promote sea products and improve their quality, ensure fluidity and transparency of business transactions, and develop fishing related activities in the region.

This new infrastructure for marketing fish and other seafood, built according to international standards, on the other hand seeks to increase local and national fish consumption through the improvement of the quality and availability of products.