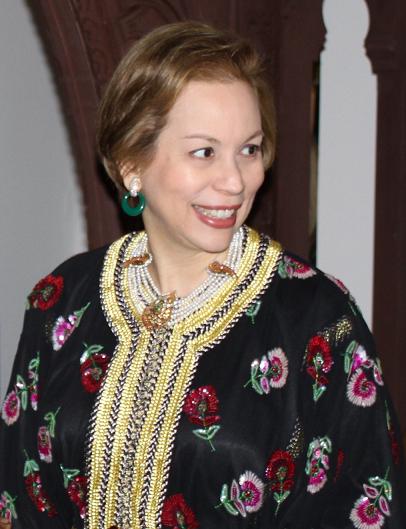 Lalla Joumala, the Princess, the Ambassador 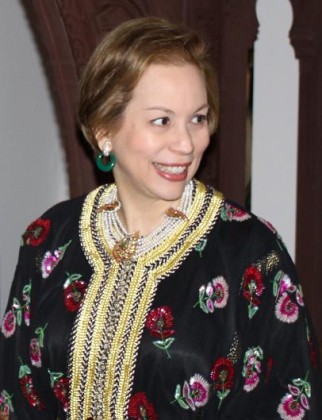 During the Council of Ministers chaired Saturday in the southern city of Laayoune, King Mohammed VI appointed some 40 new Ambassadors to several foreign capitals.

The official list of the new ambassadors has not been disclosed yet, but press reports, quoting reliable sources from the Foreign Ministry, leaked some names.

Among these, there is Lalla Joumala and current ambassador to London since 2009. If confirmed, the Princess and diplomat will pack and go to Washington to replace Rachad Bouhlal.

Lalla Joumala’s parents had a special relationship with the ruling family, as her father, Prince Moulay Ali, had shared with the royal family the ordeal of exile in Madagascar, from August 1953 to November 1955 and built up a strong friendship with the then Prince Moulay Hassan. This friendship stood up to the test of time when the Prince became King of Morocco in 1961 and also bound King Mohammed VI and his cousins, Moulay Abdallah, Moulay Youssef and their eldest sister Lalla Joumala.

Lalla Joumala, born in 1962, could have followed the traditional pathways of princesses, limiting her activities to her family and protocol duties.

Yet, Lalla Joumala was dreaming of a different life and was determined enough to reach her goals and go to the end of her dreams.

She first left the Royal High School, attended by all princes and princesses, and enrolled at the French mission’s high school in Rabat, not without a kind of tug-of-war with the Late Hassan II, who was against the idea. She had to struggle again to be allowed by her uncle King Hassan II to go to London to carry on her university studies. She got a degree in history and political science from the School of Oriental & African Studies at London University.

Despite his apparent opposition to her choices, King Hassan II reportedly appreciated her voluntarism, dedication and her challenging, independent and daring spirit.

When she returned to Morocco, she devoted her time to voluntary work in social NGOs, like “Al Ihssane” association that was chaired by her cousin and youngest sister of King Mohammed VI, Princess Lalla Hasna, and that was taking care of orphans. She launched many initiatives to spur public interest in social activities and raise funds for NGOs.

Besides her great generosity towards the needy, she was close to many intellectuals and artists, encouraging the ones and helping the others. She was also known for her availability to anyone in need of an attentive ear or a sound advice. And of course, she was interested in domestic and international issues, whether political, economic or social.

In the late nineties, she was named Deputy Chief of Morocco’s Mission to the United Nations and in 2001 she led the Moroccan delegation to the UN session on AIDS / HIV in New York.

Thanks to her PR capabilities, her mastery of English and her deep knowledge of the AIDS issue, her mission was very successful, as pointed out later by analyst Mustapha Sehimi.

Between 2004 and 2009, the Sovereign entrusted her with several missions, including the setting up of the King Mohammed VI Chair of Mediterranean Studies at St. Anthony’s College (Oxford University) and the preparation of the exhibition of the holy books of the three Abrahamic religions, titled “Sacred” which displayed from April 27 to September 27 2007, the most outstanding & comprehensive collection of the holy books of the three religions, ever assembled in one place.

In January 2009, Lalla Joumala was named ambassador to the UK, a mission she accomplished with success. Nothing surprizing. She was aware that as a Princess, she had to do more and better than a mere ambassador. She actually managed to boost relations between the two countries, mainly in the economic and cultural fields, to reactivate the British-Moroccan Business & Investment Council and to promote the Morocco bound in the UK through an active participation in all tourism-related events.

And in recognition for her distinguished contributions to diplomacy in London, Princess Lalla Joumala was granted April last year the prestigious Diplomat Magazine Award, another token of her stature as a Princess and as an Ambassador.

Banking on her experience in UK, wherein Lalla Joumala is highly regarded by foreign peers and Moroccan community, the Princess, who masters the art of tact and diplomacy, will certainly give a new momentum to Morocco-US strategic partnership in her new position as ambassador to Washington. Success in her new diplomatic mission is hers.