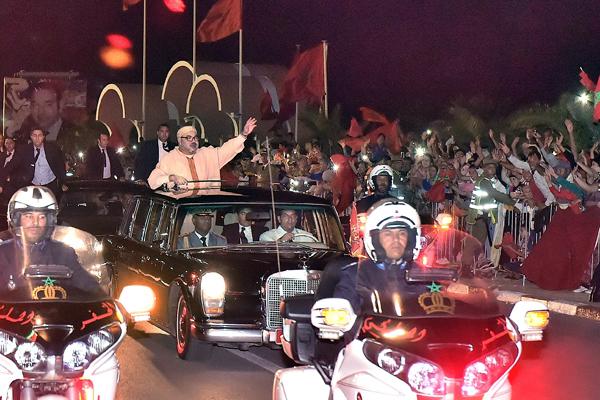 Morocco: King Carries on Implementation of his Roadmap for Sahara Development 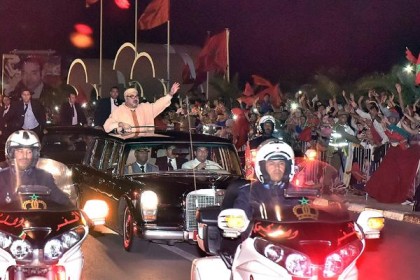 King Mohammed VI who arrived in the Saharan city of Laayoune Thursday coming from Ouarzazate, where he had dedicated the first plant of the Noor solar complex, spent Friday launching a number of development projects in the city.
The projects, dealing with industrial development, the promotion of education and academic research, and the improvement of innovation and environment protection, are part of the specific development model for Morocco’s southern provinces as it was detailed by the sovereign during his latest visit to Laayoune, last November.
The King has thus launched, in the town of Foum El Oued, the construction works of a technology park, meant to be a center of knowledge and innovation that will contribute to the economic development of the southern provinces according to their specificities.
The project, requiring an investment of around $80 million, will support the Phosboucraâ integrated industrial complex of fertilizer production, whose construction works were also launched by the Sovereign on Friday.
The future technology park will include teaching and research departments that will focus on the Sahara environment, a support pole in the economic development of the South, a cultural center and social facilities.
The high-tech Foum El Oued-Laayoune center will create nearly 1.8 million working days during its construction and will provide 1,200 permanent jobs when completed by 2022.
The high-tech park will include the Mohammed VI Polytechnic University, a high school of excellence and an industrial competence center, all institutions that will reinforce and diversify the training offer in the southern provinces, meet the needs of the region population in matters of higher education and academic research and make of the center a reference institution in Morocco and in the sub-Sahara region.
As to the Phosboucraâ integrated industrial complex of fertilizer production, it also falls in the framework of the implementation of the new development model of the southern provinces. The complex is designed to create wealth locally by processing phosphate on the spot. It will help upgrade the competitiveness of the region, particularly through the development of an industrial fabric of SMEs and SMIs, and the promotion of new professions associated with phosphate fertilizer processing activities (engineering, construction, maintenance, management projects etc.)
Covering the entire value chain of phosphate, this mega-project, which will eventually generate nearly 1,270 jobs, includes the construction of a fertilizer production platform, a washing and flotation plant, a drying unit of the mineral destined to be exported, and a 500,000 ton capacity stockyard in addition to a seawater desalination plant and a thermal power plant of 62 MW.
The complex will have an annual production capacity of half a million tons of phosphoric acid and one million tons of fertilizer.
In order to adapt to the city’s maritime, meteorological and coastal specificities and to develop import and export logistics, the construction a new port is also planned, part of this project.
All these projects reflect the King’s keenness on ensuring a sustainable and integrated development of the Southern provinces, encouraging investment and private initiative, strengthening the skills and potential of local youths and promoting the protection of local heritage.
These projects also evidence that Morocco is not attached to the Sahara for the sake of the natural resources it harbors. As the sovereign had made it clear in one of his speeches, “revenue from natural resources (of the Sahara) will continue to be invested in the region, for the benefit of the local populations and in consultation and coordination with them.”