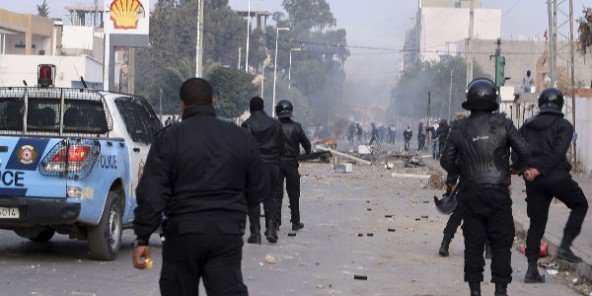 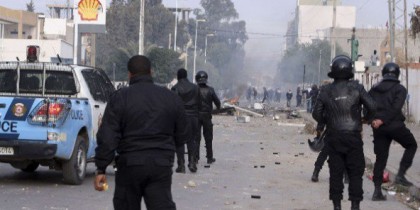 The ministry of interior Thursday announced end of the nationwide curfew imposed in the wake of the social riots which rocked the country over the past month.

“In light of the improvement in the security situation, it was decided that from Thursday… the curfew on all Tunisian territory will be lifted,” the interior ministry said in a statement.

The curfew was imposed right after January riots marked by violent clashes followed by looting of shops.

Tunisia had been embroiled in social riots in January sparked by the death of a young 28 years old Tunisian by electrocution after he mounted on electric pole in protest to the removal of his name from a government job list in the central city of Kasserine.

Youth and unemployed graduates in the city took to the streets demanding jobs. The protests spilled to other cities including Sidi Bouzid, the cradle of the 2011 revolution as well as Tunis, and Sfax.

The riots which nearly sparked a new revolution have been the worst since the country’s 2011 revolution which set aside President Ben Ali.

Tunisia has been facing a difficult economic recovery since the revolution. The country’s economy recorded one of its worst performances last year – less than 0.3 per cent growth. National unemployment rate is estimated at over 15 per cent, and 30 per cent of the country’s graduates are unemployed.

Prime Minister Habib Essid appearing before the parliament early last week, announced a set of measures but also argued that “the government does not have a magic wand to change the situation. He also called for a national unity in a move to address the unemployment thorny issue.

President Caid Essebsi also on Wednesday in a televised interview admitted government’s limited capacity to address the situation. He recently undertook a tour in Gulf capitals to attract investors to Tunisia.

“The climate in Tunisia does not encourage investment,” Caid Essebsi conceded.