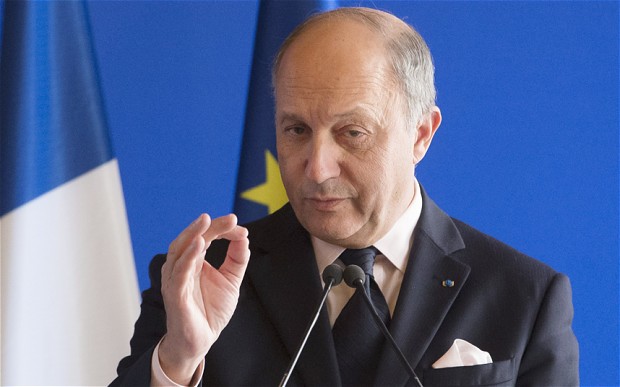 Libya: France rules out military intervention against IS 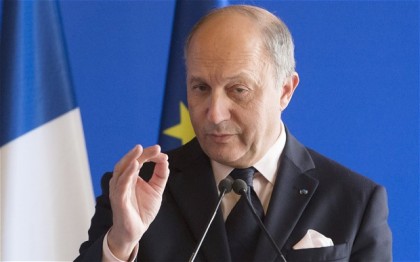 France’s foreign minister Laurent Fabius Tuesday dismissed claims that France will join a US-led international coalition against the Islamic State (IS) in Libya.

“There is absolutely no question of military intervention in Libya,” Fabius said, at a conference in Rome gathering members of the Global coalition against IS.

It has been recently reported that France would be part of a US-led international coalition against IS in Libya, like the coalition pounding positions of the terrorist organization in Iraq and Syria.

“We are indeed concerned about the expansion of IS in Libya and we must therefore push for the formation of the unity government,” Fabius explained before adding “for the meantime, we rule out all other perspectives.”

France along with the NATO led a coalition in Libya in 2011 against the North African country’s strong man Muammar Gaddafi, killing him.

Since then, Libya has slid into chaos. It is ruled by two different administrations; the internationally recognized government based in the East of the country which is supported by affiliate House of Representatives (HoR) and the Islamist administration based in Tripoli also supported by the General National Congress (GNC.)

The chaos and rivalries between the two administrations helped IS to seize Gaddafi’s hometown Sirte last year in June, taking control of its airport and to gradually conquer further lands. The terrorist group last month launched unprecedented assaults against the country’s oil main terminal- stirring fear among the coalition which believes that the group may take control of Libya’s oil if its progression is not halted.

Also speaking at the Rome gathering, US Secretary of State John Kerry indicated that the coalition is reassessing the situation in order to determine what could be further done in order to defeat the group in Libya.

He also urged Europe and Arab partners to increase security training and help Libya’s military not just to clear territory, but to create a safe environment for the government to stand up and operate.

Italy pointed out that it was ready to participate in a UN authorized peacekeeping or stabilization mission, but in conjunction with a central Libyan administration as well as an international assistance.