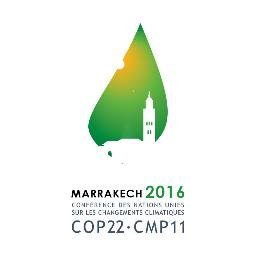 Morocco has set up the steering committee for the 22nd United Nations Conference on Climate Change (COP22) scheduled in Marrakech next November 7-18.

The holding of COP22 in the North African country is an international recognition of Morocco’s efforts to boost renewable energies and environment-friendly economy.

However, the commitment made by Moroccan government to reduce GHG emissions rests to a large extent on the country’s ambitious national energy strategy which seeks to reach over 50 pc of installed electricity production capacity from renewable sources by 2025 and cut energy consumption by 15 pc by 2030.

The transformation of the energy sector will enable the country to substantially reduce fossil fuel subsidies and increase the use of natural gas, through infrastructure projects allowing liquefied natural gas imports.

According to US Forbes magazine, Morocco’s efforts to boost renewable energy is gaining momentum, putting the country on track to reach a 42 percent goal within the next few years.

The projects that are currently under construction in wind, solar and hydro power will enable the North African country to achieve its goal of 43 pc renewable share by 2020. If achieved, this would put the country far ahead of regional neighbors. Furthermore, the country intends to produce 52 pc of its power needs from renewables by 2030, putting it ahead of many European countries.

But, the achievement of these objectives will depend on sustained investment from abroad and continuous support from the government. So far, all indicators seem to show that Morocco can reach its renewable energy goals.