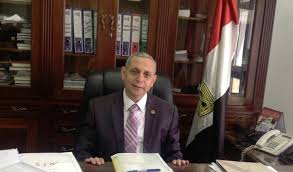 A new presidential decree coming into effect this February 1 will increase import duties on luxury goods from 10% to 40% as the government tries to boost its foreign reserves and ensure that they are spent on essential products while hoping to contribute to an increase in demand of local products.

Ahmed Shiha, head of the importers’ division at the Cairo Chamber of Commerce, said it is “just the latest in a series of attempts to prohibit imports.”

Magdy Abel Aziz, head of Egypt’s customs authority, thinks that the increment of the tariffs would boost custom’s revenues to around $128million by June.

It is still unclear if the demand for the products that are affected by the decree would fall as they include household appliances, electronic devices, clothing, shoes, crystal, perfumes, pens, lighters, watches, nuts, game consoles, plastics etc.

Abel Aziz said “the decision is aimed at protecting national industry and stopping the draining of foreign currency.” The Egyptian revolution which celebrated its fifth anniversary last week affected the country’s economy and finances and authorities are struggling to preserve foreign reserves which stood at $16.4billion at the end of 2015.

The central Bank has been rationing foreign currencies by auctioning a limited amount everyday thus pushing importers towards the black market to meet their importation needs. The government wants to limit importations to products like food commodities, industrial equipment, raw materials and medicine in a bid to reduce imports bill from $80billion last year to $60billion in 2016.

Hundreds of products are cited in the decree that is expected to lead to unreasonable price hikes. Egypt’s pound is artificially fixed at 7.7301 to a dollar.