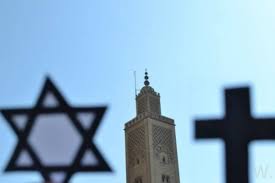 US President Barack Obama praised Wednesday the initiatives made worldwide to enhance the protection of religious minorities, giving as an instance the conference on religious minorities’ rights in Muslim countries that just concluded its proceedings in Marrakech the same day.

In remarks he made at Righteous among Nations Award Ceremony held in Washington on the occasion of the 71th anniversary of the liberation of the Auschwitz camp, President Obama insisted on the role of such initiatives in bolstering rapprochement between people of different faiths and in fighting intolerance, indifference and bigotry.

“We know that there were Muslims – from Albanians to Arabs – who protected Jews from Nazis. In Morocco, leaders from Muslim-majority countries around the world just held a summit on protecting religious minorities, including Jews and Christians,” President Obama said urging religious leaders to educate their communities that all human beings, as creature of God, are brothers, regardless of their origins or religious beliefs.

He also stressed the need for each and every one to speak out and stand up firm against intolerance, otherwise, he said, “We know that evil can flourish if we stand idly by.”

This also means “taking a stand against bigotry in all its forms, and rejecting our darkest impulses and guarding against tribalism as the only value in our communities and in our politics,” He went on to say warning that “too often, especially in times of change, especially in times of anxiety and uncertainty, we are too willing to give into a base desire to find someone else — someone different — to blame for our struggles.”

In an opening address to the conference on “the rights of religious minorities in the land of Islam: the legal framework and the call to action,” held January 25-27, King Mohammed VI of Morocco had underlined the leading role played by his country in promoting interfaith dialogue and fostering religious tolerance, pointing out that Morocco has always been an outstanding model of cultural coexistence and interaction between Islam and other religions, particularly Judaism and Christianity.

The Jewish community in Morocco was never treated by Muslims as a minority, as its members were actively involved in all fields of activity and were present at all levels of society, stressed the King who noted that Moroccans uphold the same tradition towards Christians, respecting their right to perform their religious rites.

“As Commander of the Faithful and defender of the faith, I am committed to protecting the rights of Muslims and non-Muslims alike”, said the Sovereign, affirming that Moroccan Jews enjoy the same constitutional & political rights as their fellow Muslim citizens, and play a key role in the country’s economy.

“We, in the Kingdom of Morocco, see no reason for denying religious minorities any of their rights. We do not tolerate a violation of this kind being perpetrated in the name of Islam, nor do we tolerate any Muslim being involved in such an infringement”, stressed the Monarch, underlining Morocco’s religious policy which focuses on preventing any distorted interpretation of the holy Quran.

The Moroccan Sovereign also stressed the importance of common values to nurture religious tolerance and counter extremism and radical ideologies.

After three days of interesting debates, representatives of different religious communities adopted “the Marrakech Declaration” wherein they called for reconstructing the past through the revivification of the common heritage.

Participants called the international community to enact laws criminalizing insults to religions, violations of sanctities and all hate and racist speeches, and urged Muslim countries not to deprive minorities of their rights under the pretext of religion.