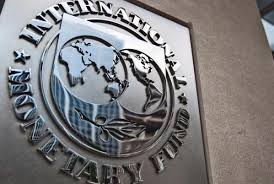 The Executive Board of the International Monetary Fund (IMF) has completed its 3rd and last review of Morocco’s economic performance under a program supported by a two-year Precautionary and Liquidity Line (PLL) arrangement, and reaffirmed Morocco’s continued qualification to access PLL resources.

The current two-year PLL arrangement in an amount equivalent to SDR 3.2351 billion (about US$5 billion at the time of approval or 550 percent of Morocco’s quota at the IMF) was approved by the IMF’s Executive Board in July 2014.

The arrangement supports the authorities’ program to rebuild fiscal and external buffers and promote higher and more inclusive growth. It will expire in July 2016.

Morocco’s first 24-month PLL arrangement was approved on August 3, 2012, with an access equivalent to 700 percent of the quota, and expired in July 2014.

The PLL arrangement has provided insurance against external risks. The Moroccan authorities are treating the arrangement as precautionary, as they did with the 2012–14 PLL arrangement, and do not intend to draw under the arrangement unless Morocco experiences actual balance of payments needs from a significant deterioration of external conditions.

The PLL, which was introduced in 2011, provides financing to meet actual or potential balance of payments needs of countries with sound policies, and is intended to serve as insurance or help resolve crises under wide-ranging situations.

During its latest review, the IMF executive board said Morocco’s macroeconomic situation continues to improve. Strong phosphate and newly developed industries’ exports, and lower energy and food imports, as well as strong remittances have all helped to mitigate the impact of declining tourism revenues.

According to the IMF experts, Morocco’s medium-term prospects are favorable. Its continued fiscal consolidation appears to be on track to meet the government objectives.