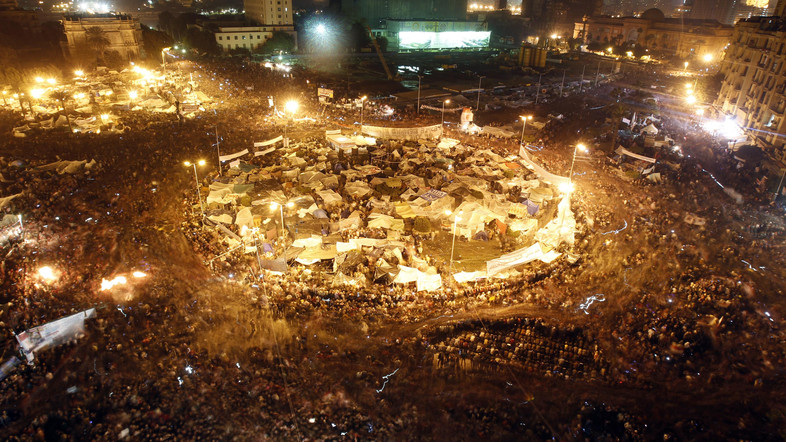 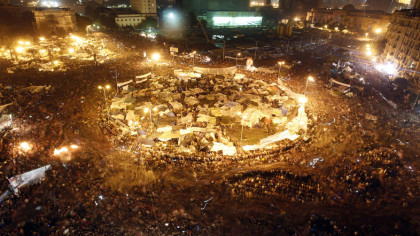 Egyptian authorities have tightened security measures throughout the country as Egyptians are commemorating this Monday the fifth anniversary of the 2011 uprising which toppled former long-time ruler Hosni Muburak.

In the build-up to the fifth anniversary, the government raised the security level and arrested a number of activists after the outlawed Muslim Brotherhood and critics of President al-Sisi called for protest movements against the Egyptian President, deemed worse than Mubarak, to celebrate the anniversary.

Besides the fact that thousands of January 2011 activists have been arrested or killed, many Egyptians, who deem that the current oppression is worse than anything seen before, have chosen to stay at home and avoid further clashes with the Government which will result in arrests and killing of innocent people.

In a televised speech on the eve of this 25th anniversary, President al-Sisi warned against demonstrations which might defy security. He also paid tribute to the 2011 revolution saying that those killed during the revolution fought for “noble principles” and founded a “new Egypt.”

President al-Sissi also sought to justify his 2013 coup saying that 2011 uprising has lost the course of its genuine goals and was hijacked by some people with “narrow and personal ambitions”- in reference to the Muslim Brotherhood.

Al-Sisi then Chief of the army overthrew Morsi who along with several Muslim Brotherhood leaders would be later jailed and handed death sentences. Al-Sisi will be forced to handover the power to a care-taker but will win 2014 presidential elections.

For al-Sissi, the June 30 coup took place to “restore the free will of Egyptians and continue to realize their legitimate aspirations and deserved ambitions.”

“Democratic experiences don’t mature overnight, but rather through a continuing and accumulative process,” he said, adding “we are building together a modern, developed and civilian state that upholds the values of democracy and freedom.”

North Africa Post's news desk is composed of journalists and editors, who are constantly working to provide new and accurate stories to NAP readers.
NEWER POSTMorocco wooed to participate in international coalition against IS in Libya
OLDER POSTLibya: Presidency Council accused of favoritism