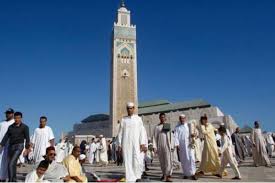 Morocco, land of tolerance, peace and co-existence, will host January 25-27 in Marrakech an important conference on the rights of religious minorities in Muslim countries.

The list of attendees include eminent religious leaders from Pakistan, Iran, Iraq, Nigeria, Saudi Arabia, Turkey, Egypt and many other Muslim countries.

The conference, which is expected to issue a declaration on the protection of religious minorities in the Muslim world, comes to counter the Islamic fanatic groups such as Isis and their extremist ideology.

The conference is sponsored by the Forum for the Promotion of Peace in Muslim societies, a think tank based in the United Arab Emirates.

Morocco had also hosted in April last year a United Nations-backed forum on “the Role of Religious Leaders in Preventing Incitement that could Lead to Atrocity Crimes” that adopted a draft action plan for religious leaders on preventing incitement to violence.

The plan of action called for monitoring of incitement, the development of alternative messages, engagement in dialogue, efforts to develop and revise education to include better mainstreaming of appreciation of all cultures, engaging in and strengthening inter-religious and intra-religious dialogue and activities to ensure understanding, respect and communication, engaging in dialogue on grievances, strengthening clarity of message and engaging with political leaders.

The Plan also recommends several other actions including dialogue training, mapping and networking of religious leaders who actively work to prevent or counter incitement that can lead to atrocity crimes around the world, engaging with youth and ensuring a gender perspective in all actions proposed and undertaken.

The decision to convene such conferences in Morocco is an international recognition to the sustained efforts made by the North African country in the fight against Islamic radicalization.

King Mohammed VI has set up a leading center that provides training to hundreds of imams of various nationalities, including some from France and Belgium.

The center seeks to teach Imams the precepts of a tolerant and non-violent form of Islam based on Maliki rite and to fight extremism and prevent the use of religion as an excuse for barbarism, regression and terrorism.

Based on a tolerant-based version of Islam, the Moroccan approach provides the necessary tools to spot early signs of extremism to religious professionals, who are in constant contact with their communities.

Morocco is currently training foreign Islamic scholars and imams, mainly from sub-Saharan Africa, in order to disseminate an “Islam of the middle path doctrine,” based on tolerance, intercultural dialogue and respect of other faiths.