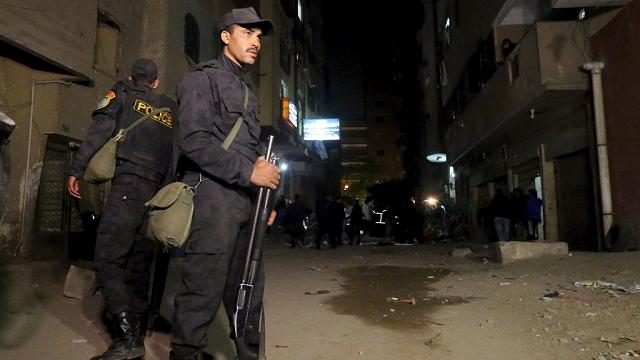 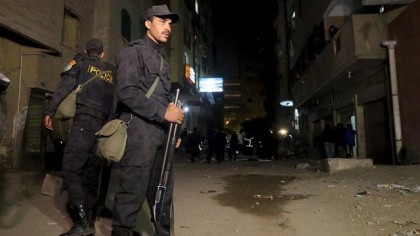 A bomb blast killed at least ten people including seven security forces on Thursday in Cairo, in El-Haram district of the Giza governorate as security forces tried to flash out militants hiding in an apartment.

The bomb went off as the squad was trying to defuse it, killing seven security forces and three civilians living in a flat in the building.

Security authorities have finger-pointed the Muslim Brotherhood as being behind the bomb planting.

“Police had information that a group of Muslim Brotherhood members were preparing to carry out aggressive acts in the coming days using explosives and crude bombs,” the interior ministry said on its Facebook page.

“This group was using an apartment in a Cairo building, and on Thursday night the police raided this apartment where they found a number of crude bombs.”

Several people have been also been reportedly wounded in the blast.

“No-one in the neighborhood knew that they were terrorists. Had we known, we would not have left them alone. The building is still new. The residents have only been here for six months at the most. So, we really didn’t know them,” Um Sameh, a resident of the building said.

Also on Thursday, a group of IS-affiliate militants in North Sinai in an armored vehicle attacked a security check-point in the city of Arish, killing one security officer and four recruits. The militants succeeded in running away.

Eyewitnesses told reporters the militants attacked their victims shortly after the latter nearly set up the check-point.

These attacks come as Egypt is bracing up for January 25 celebration of Egyptian 2011 revolution which deposed President Mubarak. Critics of President al-Sisi and Muslim Brotherhood have called for a revolution on Monday to overthrow al-Sissi.

President al-Sisi last year warned Egyptians against a revolution urging Egyptians to look at situations in other hotbed conflicts zones where revolutions tried to rewrite history.