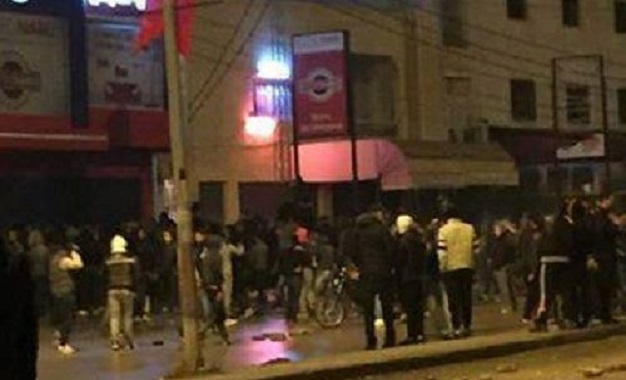 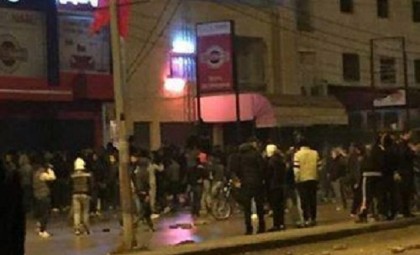 Social protests in Kasserine and other regions of the country have spilled into the capital city Tunis with demonstrations and looting in two popular neighborhoods of the capital.

A group of youth demonstrators reportedly burnt a security check-point on Thursday and blocked the main road in Hay al-Tadamon with burning tires.

The neighborhood housing thousands of unemployed youth is the poorest and one of the largest neighborhoods of capital Tunis. It was one of the hottest zones during the 2011 revolution which deposed former President and dictator Ben Ali.

According to press reports, police clashed with the young protesters and fired tear gas to disperse the riot.

It also emerged that amid the protest, groups of looters ransacked shops and stole appliances, while a branch of Attijari Bank has been also reported looted.

Analysts fear beginning of riots in those two neighborhoods could slide the whole capital into a thorough chaos.

Riots which started in Kasserine and other regions qualified as victims of social disparities have also gained major cities including Sousse and Sfax. Meanwhile, the government announced a set of measures to close social gaps.

Prime Minister Habib Essid has called off his Europe tour and is announced back to the country to chair an emergency cabinet meeting scheduled for Saturday.

From Switzerland where he has been attending the Davos Forum, The Prime Minister warned against “the risk of exploitation of rallies and the dispersion of efforts of security forces to commit terrorist acts, undermine citizens’ security and sow disorder in the country.”

He also warned against “the attempts by some sides to exploit the legitimate demands of jobless for partisan purposes and narrow interests that seek to disrupt public institutions, impede their action and trigger hatred and regional rivalries.”

Meanwhile, the Defense Ministry on Thursday said they arrested 7 dubious suspects as they were climbing Mount Chaambi, a zone which was subject to military raid by the national army this week.