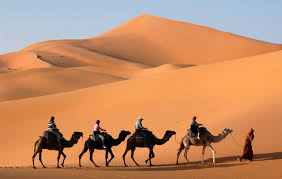 As international tourism grew by 4.4 pc in 2015 to reach a record of 1.2 billion arrivals, the number of foreign tourists dropped by 8 pc in parts of North Africa due to terrorism threats, according to latest figures released by the World Tourism Organization (WTO).

Egyptian resort Sharm el-Sheikh in Egypt, where a Russian passenger jet exploded shortly after taking off in November, and Sousse in Tunisia, where Isis gunmen opened fire at holidaymakers in June, have seen visitor numbers sharply decline.

Though Morocco has not been hit by terrorism, it has suffered from the fallout of international terror scare covering the whole region.

Arrivals to the Middle East increased by 3 pc to a total of 54 million, while in Africa, limited data available, points to an estimated 3 pc decrease, mostly due to weak results in North Africa, which accounts for over one third of arrivals in the region.

China is among the largest sources of tourists, according to the WTO, benefitting Asian destinations such as Japan and Thailand, as well as the United States and various European countries.

“International tourism reached new heights in 2015. The robust performance of the sector is contributing to economic growth and job creation in many parts of the world. It is thus critical for countries to promote policies that foster the continued growth of tourism, including travel facilitation, human resources development and sustainability”, said WTO Secretary-General, Taleb Rifai.

“Demand was strong overall, though with mixed results across individual destinations due to unusually strong exchange rate fluctuations, the drop in oil prices, increased safety and security concerns”, he added.

According to WTO Chief, “tourism development greatly depends upon our collective capacity to promote safe, secure and seamless travel”.