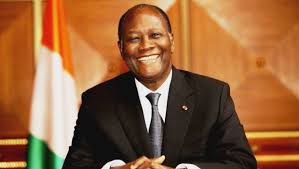 President Ouattara who just won a second election in 2015 has always maintained that he will not stand for another third election even though voices within his own coalition and supporters urge him to do so.

Reports say President Ouattara was angered by his former Minister of Civil Services Bacongo Cisse who openly suggested that the country’s constitution be altered so that President Ouattara can run for another term, citing lack of charismatic leaders to take over from him when he wraps its current term in 2020.

Analysts argue that President Ouattara’s Monday remarks may stir debates in the ruling coalition RHDP as to the future candidate. Coalition party UDPCI has already chosen its leader Albert Mabri Toikeuse as the next candidate for 2020 presidential elections and expects RHDP to validate.

Analysts also expect the coalition party and former ruling party PDCI of Henri Konan Bedie to vest one of its leaders as candidate as former President Bedie pulled out of the 2015 race in favor of President Ouattara.

North Africa Post's news desk is composed of journalists and editors, who are constantly working to provide new and accurate stories to NAP readers.
NEWER POSTMorocco’s Aeronautics Gets $ 20 Mln Investment from US Hexcel Corp.
OLDER POSTNorth Africa Tourism Plummets By 8 % in 2015 Due to Terrorism (WTO)