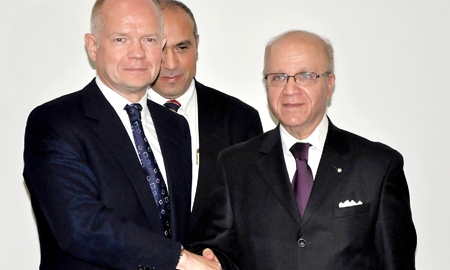 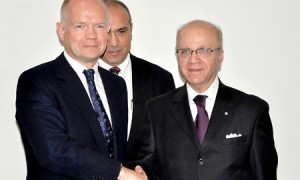 British businessmen representing several industrial, commercial and economic sectors will visit Algeria from 10th to 14th November to discuss with their Algerian peers & officials joint business opportunities offered in the North African Country, one of the world major oil and gas producers.
Trade in goods between the two countries was worth over 3.2 $ billion in 2011. UK exports continue to grow, and totaled $ 925 million in 2011, up 66 pc from 2010 figures. The Algerian government started in 2010 a 5 year spending program of $286 billion to improve infrastructure, create job opportunities young people and diversify its heavily-oil reliant economy. Corporation tax has being cut to 19 pc in certain sectors to spur growth in areas other than petroleum and gas.
There are several British companies operating in Algeria in the sectors of oil & gas, mining, education & training, renewable energy, financial services, infrastructure & construction.
The Algerian authorities have unveiled lately an ambitious project seeking to turn the city of Oran into attractive Mediterranean metropolis. This 14 billion euro development plan includes the extension of the tramway, roads, airport, metro, industrial zones, housing projects, hospitals and clinics, hotels and marinas.
The Algerian economy grew by 2.6% in 2011 and is expected to rise to 3.1% in 2012 and hit 4.2% in 2013. Growth has been driven by surging public spending, in particular in the construction and public-works sector, and by growing internal demand. Public investment was sustained by income from oil and gas, which rose as a result of continuing high oil prices.
According to the prognostic of some analysts, the coming years will see an intensification of political, economic and social reform in response to pressing social demand for democracy and to improved living conditions. In a bid to defuse swirling social tension and frictions, Algerian authorities have decided to earmark 40 pc of the 2010-14 public-investment program worth $ 286 bln for human development.

North Africa Post's news desk is composed of journalists and editors, who are constantly working to provide new and accurate stories to NAP readers.
NEWER POSTClinton in Algeria to Gain Backing to Military Intervention in Mali
OLDER POSTLibya to hold promotional summit