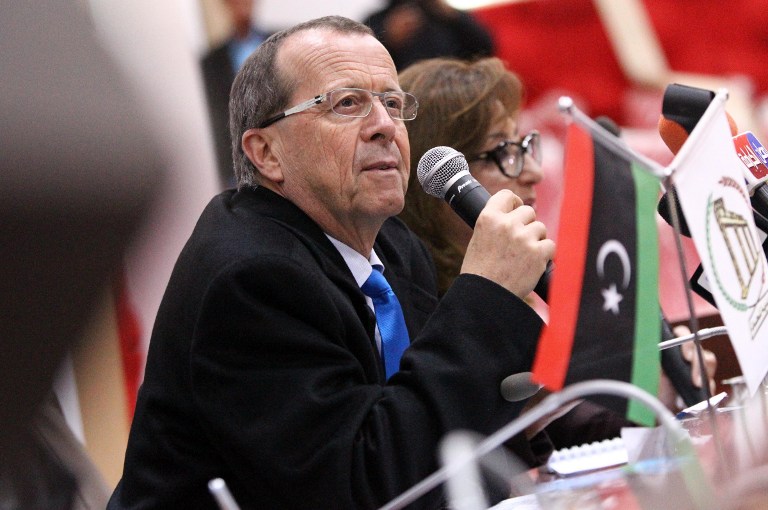 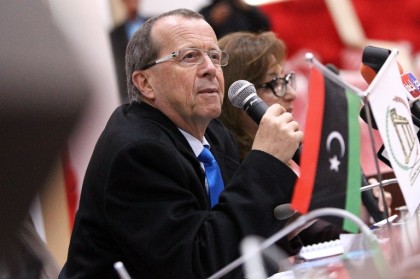 The UN Support Mission in Libya (UNSMIL) Sunday condemned the delay by Serraj-led Presidential Council for another 48 hours of the announcement of the Government of National Accord (GNA) endorsed on December 17 in Morocco.

The Prime Minister Serraj’s Presidential Council announced on Sunday it postponed for 48 hours the announcement of the GNA citing on-going debates.

The move counters the timeline and decision that the announcement of the unity government should be made within 30 days following the December historic agreement, which means that January 17 midnight is the deadline.

The UNSMIL condemned the delay and urged all Libyan stakeholders to hold the country’s national interests above all consideration.

“UNSMIL calls on all relevant political and security stakeholders to hold Libya’s national interests above all considerations. No effort must be spared nor any opportunity missed to utilize the window of opportunity that Libya has to halt any further expansion by terrorist groups represented in Daesh, Ansar al-Sharia and al-Qaida,” mission said in a statement.

The UNSMIL also vested the GNA with power to ensure that it marshals around it all necessary measures and forces it needs to fight the ever-growing terrorist organizations which have been imposing their laws on innocent Libyans.

“In this regard, the GNA must lead the collective efforts of the army and its leaderships alongside other security institutions and their leaderships, in the fight against terrorism,” the UNSMIL added.

“The GNA has to prioritize the provision of the necessary training, as well as arming and equipping to enable the army and police institutions to defeat the terrorist groups. Only a collective effort by all patriotic Libyans will save Libya from the scourge of terrorism.”

It furthermore reiterated its full commitment and that of the international community to support the GNA in overcoming the challenges.

Also on Sunday, in a related report, Kobler reportedly met separately with the President of the House of Representative (HoR) Ageela Salah and other hardliners including Mustafa Abushagur opposed to the GNA in an attempt to convince the HoR to vote without delay in favor of the GNA to be proposed to the House.

Salah and the other hardliners have expressed their discomfort with the GNA by delaying HoR’s meetings to back the UN-backed unity government to be led by rival General National Congress member Faiez Serraj.