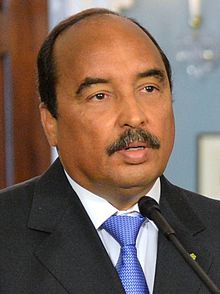 Mauritanian President Mohamed Ould Abdel Aziz has promised to quit power at the end of his term in 2019, reports say.

President Ould Abdel Aziz announced his decision during a meeting with Western diplomats accredited to Nouakchott.

President Ould Abdel Aziz’s decision to respect the constitution may placate speculations and anger of the opposition which went public to denounce the President when he recently indicated that he was ready to discuss constitutional changes. For the opposition this only means that he seeks to stay further in power.