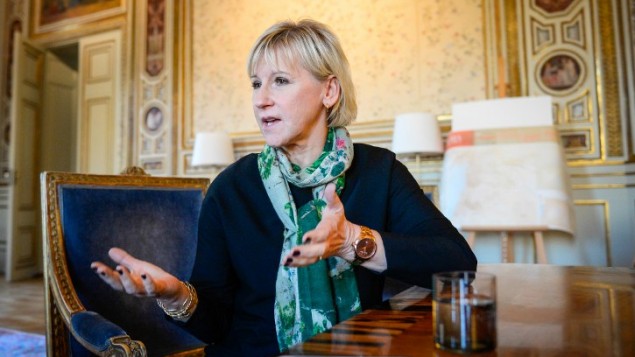 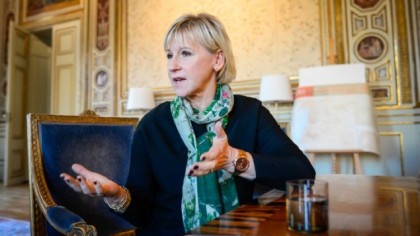 Israel announced Wednesday it will not receive Swedish Foreign Minister Margot Wallstrom in view of her harsh comments on Israel’s disproportionate and extra-judicial killing of Palestinians during the recent spate of violence between Palestinians and Israelis.

“Israel is closing its gates to official visits from Sweden,” Hotovely said.

Her comments were echoed by her Chief of staff Noam Sela who told local media that Jerusalem has not responded to Swedish officials’ requests to visit Israel.

“Our relations are currently not at their very best, to say the least. We’re not interested in hosting them here,” Sela said before clarifying later that only the Foreign Minister and her deputy will be banned from visiting Israel.

Israel made the decision after Swedish Foreign Minister Wallstrom on Tuesday called, during a Parliament debate, on Israel to probe into extra-judicial killing of Palestinians.

“It is vital that there is a thorough, credible investigation into these deaths in order to clarify and bring about possible accountability,” Wallstrom was reported as saying.

Israel fired back calling her comments “irresponsible and delusional,” adding that they only serve to “encourage violence and terrorism.”

Israel went extra lengths and summoned the Swedish ambassador to Tel Aviv Carl Magnus Nesser to rebuke him over his Foreign Minister’s comments.

“Wallstrom’s comments point to her misunderstanding of what is happening in our region, and she is likely unaware of the difficult situation Israeli citizens are in, with constant danger of murderous terror attacks,” the Israeli Foreign Ministry said in a statement.

“In light of the damaging and baseless positions of the Swedish minister, she has removed herself, and Sweden, in the near future, from any role — or any semblance of a role — in handling the relations between Israel and the Palestinians.”

The Palestinian Authority hailed Wallstrom’s comments saying that it welcomes condemnations of extra-judicial killing of Palestinians.

“We condemn Israeli crimes and violations,” Palestinian Foreign Ministry said in a statement on Wednesday, “We welcome voices that condemn and criticize the killing of civilians.”