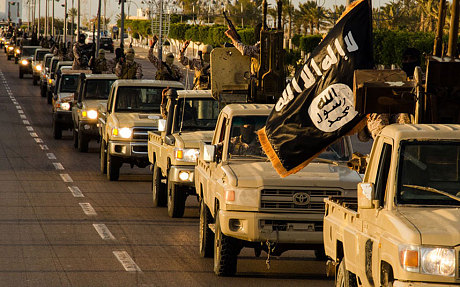 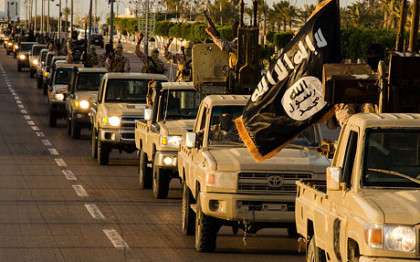 Hordes of IS militants in Libya fearing western attacks are marching towards Morocco’s eastern region, reports say.
Moroccan daily “Assabah “Tuesday quoting a report by the US State Department argues that a group of IS militants have started decamping from Libya and have set sail in direction of Morocco’s eastern region.
The US State Department’s worries have been confirmed by the US military command center in Africa which also indicated that IS militants in Libya have been relocating in other regional countries including Morocco fearing military intervention by international coalition in Libya.
Though the US Africa Command is working on plans to eradicate the terrorist group and its bedfellows, the likes of Boko Harm, the current major objective is to contain the group so that it does not melt into other countries, reports say.
According to Moroccan “le360.ma quoting the State Department figures, around 3,500 militants have already started camping in the Sahara, waiting to cross into neighboring countries including Tunisia, Morocco and Algeria to perpetrate terrorist attacks.
Late last year in December, the US State Department and French intelligence services revealed that IS fighters had captured stock-piles of Libya’s Sarin gas and threatened to use it against Morocco which has been waging war against IS along with the international coalition battling the group in Iraq and Syria.
The Kingdom has also been ticked as country-target by IS after Morocco provided vital assistance to French security forces to nab November 2015 Paris attacks ringleader.
Morocco has raised its security level in a move to thwart attacks that may have been planned to harm the country. Besides Morocco’s intelligence service has foiled several attacks and dismantled hundreds of active and dormant of IS-linked cell.