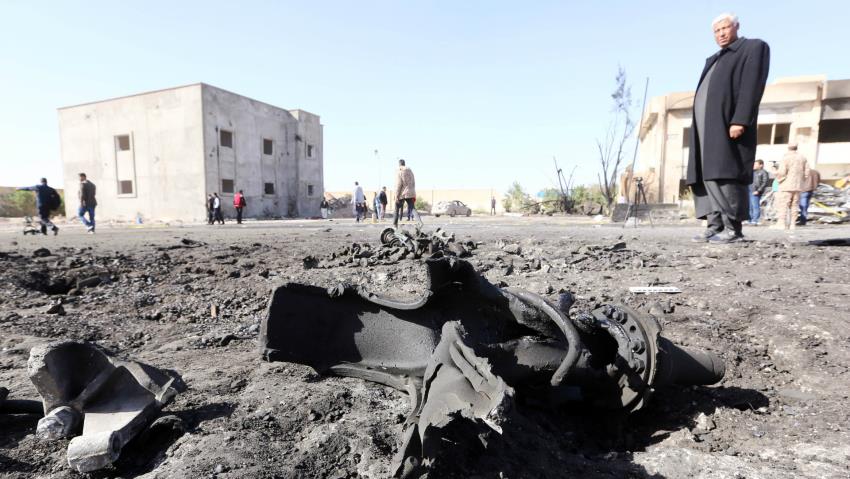 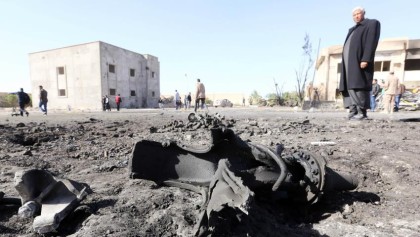 IS Thursday on one of its numerous websites claimed responsibility for the merciless suicide bombing of a police camp in Libyan coastal city of Zliten amid wide spread condemnations and despair.
The terrorist group revealed the identity of the suicide bomber who drove the explosive-filled truck into the camp in the early morning of Thursday as the cadets were gathering for instructions.
IS indicated that the suicide bomber was a Tunisian national nicknamed Abu Yakin Tunisi but the Jihadist group did not circulate his photograph.
The attack killed more than 70 police trainees while hospitals put the number of injured at more than 100.
Reports say Tripoli Administration declared three days of morning amid domestic condemnations. Fatwa House condemned the heinous attack while calling on the Tripoli Administration headed by Khalifa Ghwell to shoulder responsibilities of the carnage and provide security to Libyans. The House also called on Ghwell’s team to mobilize the necessary efforts to fight IS and prosecute the oppressors.
“All the security personnel must receive the necessary equipment to enable them to do their jobs perfectly and to guarantee their safety, yet to figure out the negligent ones among them and punish them.” The Fatwa House said.
The Tripoli-based General National Congress also condemned the act and reiterated its commitment to fight terrorism in all Libyan soil until security and stability prevail, reports say.
Besides, Faiez Serraj Prime Minister of UN-backed Libyan Government of National Accord (GNA) also lambasted the attack, calling on again for unity and consensus to face all threats to national integrity.
“The closer we are getting to finding a consensus that heals the nation’s wounds, the more terror attacks will increase,” Serraj said. Adding that the terrorists are interested only in spreading fear and distracting Libyans from their real battle, which is consensus and state-building,
The GNA reportedly called for medical assistance from Tunisia, Morocco and Egypt to help Libyan rescue crews.
Condemnation also came from the Head of UNSMIL Martin Kobler who indicated that Libyans cannot remain divided in the face of repeated gory destructions referring to the attack and IS’s assaults on the oil region.
“This attack comes at a time when fighting is still going on at oil facilities in Sidra. Libya cannot afford to remain divided in the face of such serious terrorist threat,” he is reported as saying.
Kobler was joined in the condemnation by EU Foreign Affairs chief Federica Mogherini who urged Libyans to quickly endorse the GNA which will help fight insecurity and provide safety for everyone.
She is said to meet Serraj in Tunis on January 8 to discuss developments.