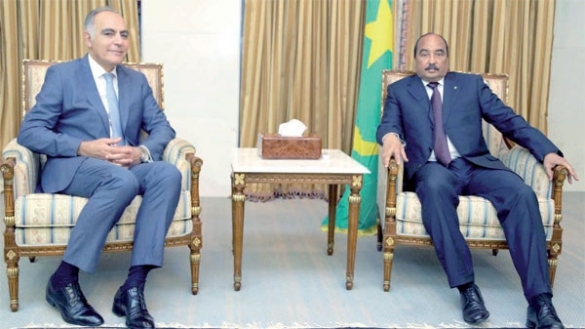 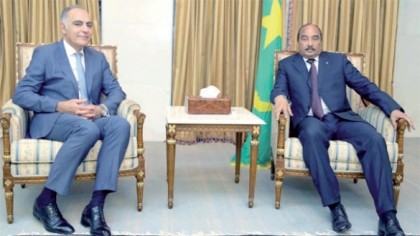 Rabat has summoned Mauritanian ambassador to Morocco to protest against hoisting of the Mauritanian flag by Mauritanian soldiers in the border town of Lagouira, South of Morocco, reports say.
“Rabat is extremely displeased with Mauritanian soldiers’ who hoisted their country’s flag on a territory that entirely belongs to the kingdom of Morocco,” Moroccan daily Akhbar Al Yaoum’s sources said.
In its January 7 publication the daily points out that the Mauritanian ambassador has been summoned to protest against the move which violates Morocco’s sovereignty.
It also reported that Morocco has complained about Mauritania’s military presence in the border town.
Reports argue that Mauritania’s mustering of military presence in the border town was the main reason why Moroccan officials including Yassine Mansouri Head of Studies and Documentation (DGED), Gen. Bouchaib Arroub General Inspector of Moroccan army and Salaheddine Mezouar foreign minister visited President Mohamed Ould Abdelaziz on December 12, last year.
The two countries have developed military cooperation aiming at preventing Polisario movement to take positions in the region. Morocco also reportedly offered some rocket launchers to help the Mauritanian army beef up its positions at the border against terrorists.