Egypt: IS Jihadist group blows up gas pipeline to Jordan in Sinai 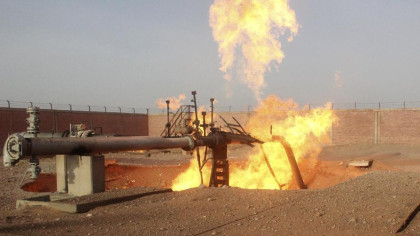 IS-link group in Sinai Province Thursday claimed it destroyed gas pipeline supplying Jordan amid Egyptian forces’ claims they have killed dozens of militants recently.
“By the name of God, not a drop of gas will reach Jordan until the caliphate gives its permission,” the group said in a statement posted on Twitter.
It also claimed it attacked a major industrial zone in North Sinai.
Egyptian security forces confirmed the attacks saying that the militant group set off explosives under the pipeline near Al-Midan village in the north Sinai adding that the explosion caused no casualty.
The militant group in Sinai has pledged allegiance to IS and has been attacking state security personnel in the peninsula following the removal of Islamist President Mohamed Morsi in 2013 by the army.
The group also pressed on sabotaging gas pipelines snaking through the peninsula supplying Israel and Jordan.
Furthermore, Jordan has joined international coalition fighting IS in Syria and Iraq. Last year, IS executed, setting ablaze a Jordanian pilot whom they captured after the terrorist group downed his aircraft.
Egyptian forces this week said they killed 32 militants and arrested 6 in a raid in North Sinai, in the towns of Arish, Rafah and Sheikh Zuweid. Army also claims destructions of ammunition warehouses and seizure of arms and TNT explosives.
Egyptian security forces last year launched “Martyr’s Right” military operation following coordinated attacks by militants which resulted in the death of dozens of military personnel.