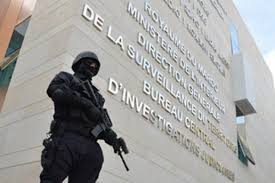 Moroccan authorities have announced Friday the arrest of a group of seven Islamist militants linked to Islamic State, including the group’s leader, who has been recruiting fighters.
The seven members of the Islamist group, captured in Morocco, were active in the town of Dar Bouazza, near Casablanca. They were planning attacks inside the North African country and overseas.
According to Moroccan interior ministry, the group had been in contact with Isis in Iraq and Syria and had tried to send fighters there for training so that they could return to carry out attacks in Morocco, an ally of the West against Islamist militancy.
The country has been on high alert since 2014, when terror organisation of Islamic State took control of large territories in Iraq and Syria. Morocco has suffered a number of bomb attacks by suspected Islamist fighters, most recently in 2011 in Marrakesh.
Moroccan intelligence services play a key role in the global fight against terrorism. They helped the French and Belgian police identify the network behind the November attacks in Paris that killed 130 and helped to save innocent lives by pinpointing the location of the suspected ringleader.
Morocco’s counter-terrorism has proven its efficiency in thwarting many terror threats thanks to a strategy based on global approach including prevention, anticipation, education, rehabilitation, eradication of terrorism roots and international cooperation.
Moroccan authorities say they have dismantled 140 terrorist cells since 2002, foiled hundreds of terrorist plans and arrested over 2,200 suspects.
Since its creation last March, Moroccan Central Bureau of Judicial Investigation (dubbed Morocco’s FBI ), 22 terror cells have been dismantled. In the run-up to New Year’s Eve, 17 radicalized individuals were arrested.
Morocco is an active member of the Global Counter-terrorism Forum (GCTF) which seeks to reduce the vulnerability of people to terrorism by effectively preventing, combating and prosecuting terrorist acts as well as countering incitement and recruitment to terrorism.