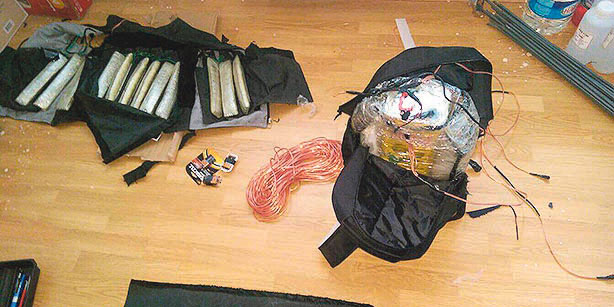 Turkey: “We were instructed to bomb state institutions”, arrested IS militants reveal 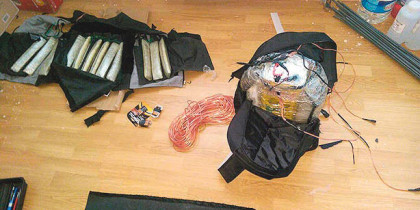 Two IS militants confessed to Turkish security forces they received orders to bomb government buildings including the Turkish parliament and courthouses, reports say.
Turkish Cumhuriyet daily quoting security sources indicated that the two IS militants known as Musa Canöz (28) and Adnan Yıldırım (40) arrested on December 30, revealed that they were instructed by a leading IS figure in Syria to carry out suicide bombings in Ankara on government institutions among which the Parliament and course houses.
The daily also reported that the two IS militants confessed they received 20 days of training in preparing bombs and explosives in the Syrian city of Raqqa; the seat of the terrorist group’s headquarters.
“When we returned to Ankara we made our own suicide vests. Our main goal was to deal a deathly blow to the PKK [Kurdistan Workers’ Party]. However, we were later instructed to carry out attacks on governmental buildings. Then we began to question this order to bomb Ankara courthouses, Parliament and police stations and gave up on the plan. While looking for a place to dispose of the bombs and ammunition we were caught by the police,” the suspects were reported as saying.
According to reports anti-terrorism police had been on the tail of the two IS militants for three month before nabbing them at the end of last year.
Police’s raid on the two Jihadists was possible after the security forces succeeded in decoding a last message of a series communications between them and a third person known as Enes; said of Arab origin. Police also told the daily they had seized hand-made explosives and bomb-making equipment produced by the two militants.
Another local daily pointed out early this year that the two men received orders from a certain Ebu Enes who turns out be a sheikh after police investigations. The daily also pointed out that the two would-be suicide bombers arrived in Turkey from Syria last year.