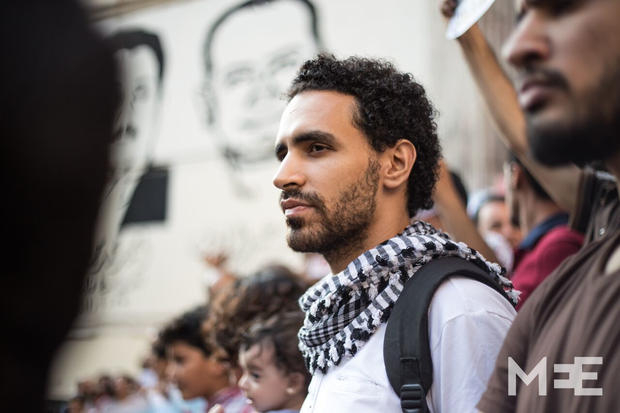 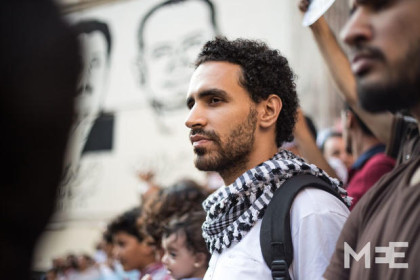 A prominent Egyptian journalist critical of state and security authorities had been stabbed four times Friday by unknown men, reports say.
Ahmed Gamal Zyada known for his attacks on the government was stabbed four times by two men as he was walking Friday night at a metro station in Giza.
His brother Mohammed published on his Facebook account that his brother who underwent surgery in a local hospital had been stabbed in the back, chest, hand and leg.
Family members and friends claims the attack was an assassination attempt as the two thugs did not robbed Zyada of his properties in the attack, leaving his cell phone and money.
Zyada has been in the target of security forces as according to his brother Mohammed, he was warned his criticism of the government would leave him in a ‘bad position’.
Zyada was arrested in December 2013 and spent more than year in prison after security forces arrested him at al-Azhar University while he was taking photographs of clashes between security forces and protestors.
He told Middle East Eye after his released that that he was tortured on regular basis and beaten for smuggling out letters.
He also told the media that despite fear and menace, he will not keep silent and will continue writing.
“I’m not going to lie, pretend that I’m a hero and say I don’t feel fear. I am afraid, but I’m not going to be silent.
“I am not going to stop exposing what is going on here in Egypt … a country ruled by the army and by fear.”
Working as reporter in Egypt has been come a tall order, with government and judicial system tightening rules and cracking down of reports opposite to official accounts.
Reports and human right activists are regularly summoned and locked up for criticising security, government officials.
In November, Hossam Bahgat, an investigative journalist was arrested and released after Egyptian intelligence service summoned him for publishing false news.