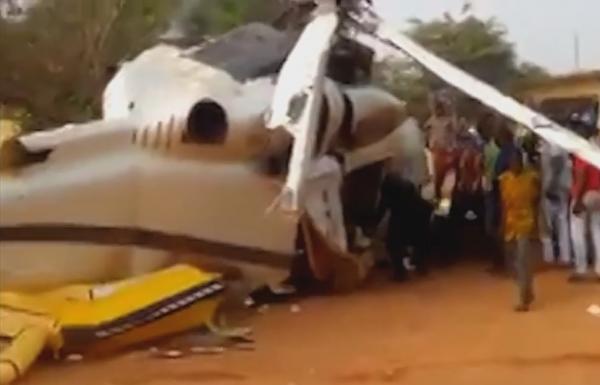 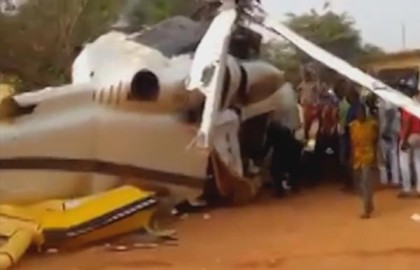 Benin Prime Minister Lionel Zinsou survived Saturday a helicopter crash at landing as he was to attend a traditional festival in the north-west of the country, two people on board have been reported injured, reports say.
The 61 years old man came out safe and sound of the crash of the presidential helicopter taking him to a cultural festival at Djougou, north-west of the country where he was to represent the Head of State.
The aircraft spiraled at 4 or 5 meters above the ground before crashing. The Prime minister was not injured but reports indicate that the mechanic, and one his body guards had been injured. There were 6 people on board including the Prime Minister, two body guards, a mechanic, the commander and his co-pilot.
Diplomatic sources speaking to media said the passengers had been very lucky as the aircraft did not explode even though the tank was topped up.
Four members of his cabinet were waiting for him at the scene. Investigations are underway to uncover the causes of the crash.
Prime Minister Zinsou, a banker, was appointed last June as the West African country’s Prime Minister by President Yayi Boni. He was chosen in November as the candidate of the ruling alliance (FCBE) for the 2016 presidential elections.