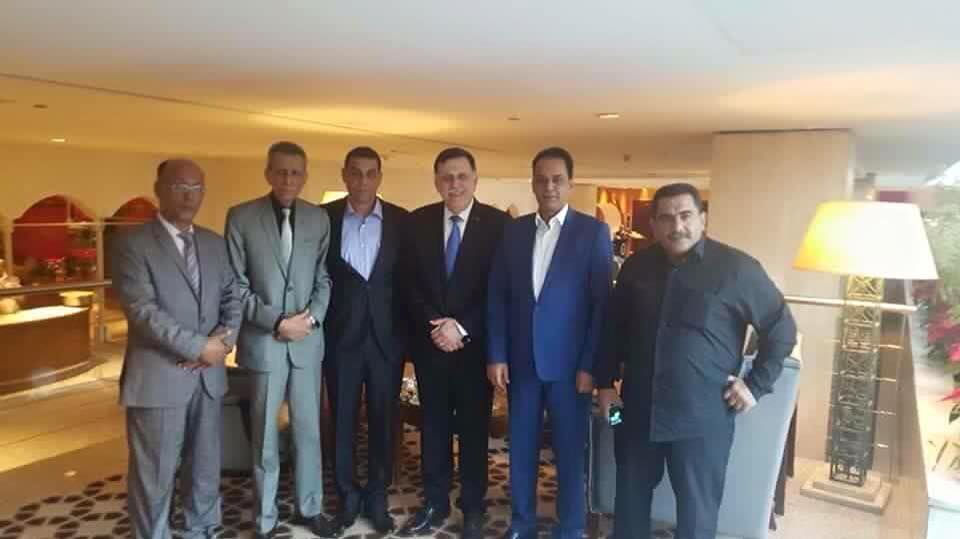 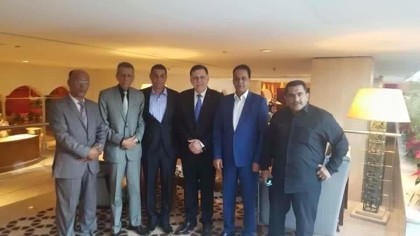 Libya’s newly designated Prime Minister Serraj received major boost over the week-end from Benghazi House of Representatives (HoR) members who granted their support to Libyan Government of National Accord (GNA) gradually planting itself as the sole Libyan institution.
Prime Minister Faiez Serraj Saturday in Cairo met with three key Benghazi HoR members including Ziyad Daghim, Essam Al-Jihani and Essa Al-Araibi.
Reports say the three men granted their approval of the GNA on condition that “the new government gives its complete support to the existing Libya National Army (LNA), assuring it of funding, supplies and weapons in the fight against terrorism, plus unlimited funding for the reconstruction of Benghazi.”
It is also said that the three men demanded that all ambassadors’ appointments be made on parity number basis between the three main historic provinces of the Libya namely Tripolitania, Cyrenaica and Fezzan as it has been done for the appointment of the members of the government.
Benghazi HoR members have been opposed to the removal of self-style Khalifa Hafter at the head of Libyan National Army (LNA) fighting IS and terrorist organizations in Benghazi. Martin Kolber’s predecessor Bernardino Leon had criticized Hafter’s military campaign in the country’s second largest city saying that it could derail dialogue process and ruin efforts being made to bring Libyan sides together.
Serraj is trying to bring all Libyan sides to support his government approved on December 17 in Morocco and endorsed by the UN Security Council last week.
Prior to meeting the Benghazi HoR members, Prime Minister Serraj also met with Egyptian President al-Sissi on December 25. Al-Sissi according to reports vowed Egypt’s support to Libya, its assistance in the fight against IS. Al-Sissi also congratulated Serraj for his appointment adding that the GNA was important in ending the Libyan crisis.
Furthermore in address to the Libyan nation on Thursday to mark the 64th anniversary of Libya’s independence, Serraj urged all Libyans to support his government in a move to restore the integrity, and the stability of the country and also offer all Libyans democratic institutions-being the main reasons which led to the 2011 revolution.
He also promised the commitment of his government to fight terrorism, to restore Libya’s economy and unite all Libya’s sons and daughters.
“The first of our challenges is the security and the chaos of weapons proliferation, which is contrary to the concept of the state’s monopoly on the use of force,” Serraj said.
“The second of these challenges is the economic and public services, which require critical and urgent reform and procedures to ensure the essential provisions to citizens and the flow of basic services to end their suffering, especially in conflict areas,” he added.
“The third of these challenges is national reconciliation, which requires us all to intensify our efforts to heal the rift, end the humanitarian crisis, and alleviate the suffering of many in our social fabric that the conflict turned into refugees and displaced, inside and outside the country.”