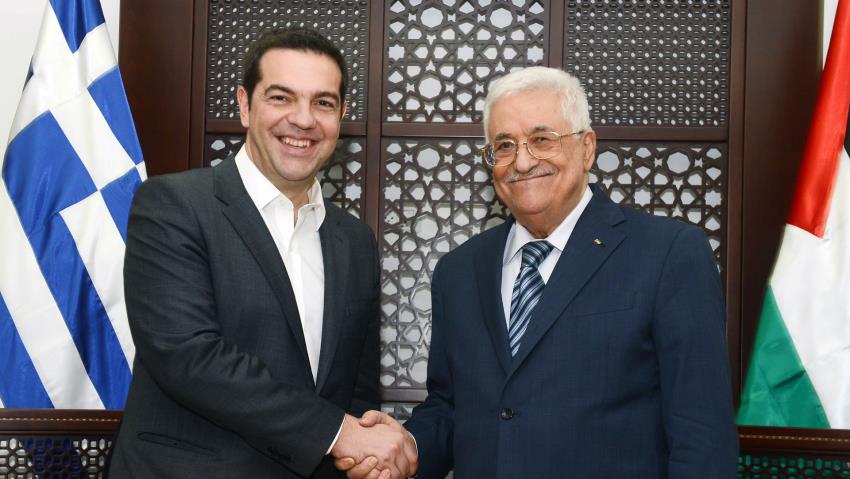 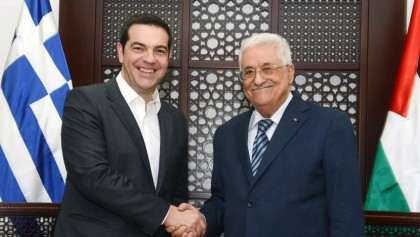 Greek Parliament is expected Monday to recognise the Palestinian statehood in a vote said to be attended by Palestinian leader on a two-day state visit, reports say.
Mahmoud Abbas arrived in the Greek capital on Sunday and will meet with Greek President Prokopis Pavlopoulos and Prime Minister Alexis Tsipras on Monday and is expected to address the Greek Parliament.
Reports say the Greece’s parliament’s Foreign Affairs and Defense Committee has unanimously called on the Greek government to recognize Palestinian statehood.
Greece’s leftist party now in power has for long supported the Palestinian cause though Prime Minister Tsipras has been trying to mend ties with Israel.
Tsipras travelled to Israel last month. He met with Prime Minister Netanyahu and later met with President Abbas in the West Bank.
Several EU countries have recognized the Palestinian statehood-angering Israel. Also prior the UN General Assembly in September this year, large number of EU and countries around the world endorsed UN resolution allowing the Palestinian flag to fly at UN headquarters around the world.
The UN and the Quartet has been pushing for two-state solution to end Palestine-Israel issue which has torn whole region apart.
Also late November South African President Jacob Zuma indicated that it was urgent for the world support the Palestinian cause-push for a two-state solution where Palestinians and Israelis will live side by side before adding that the Palestinian cause was main reason for terror in the region and around the world.
Jordan King also this month, marking human right Day indicated that terror, violence will end if the world pays attention to Palestinian cause.
Furthermore, The New Arab news argues that the two-state solution idea is gradually fading in the Palestinian territories with 51 per cent of Palestinians believing that their dream of a self-determined Palestinian state in the next five years is far- from realization.
The media referring to Palestinian Center for Policy and Survey Research’s pool conducted in the West Bank and in Gaza says that 51 per cent of Palestinians are opposed to the two-state solution while 48 per cent are still in support.