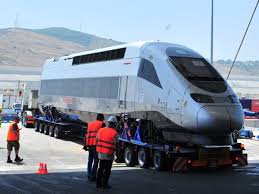 The World Bank has lent Morocco $ 200 million to support the North African country’s efforts to modernize its urban public transport to meet the demand of its growing urban population.
The loan will also serve to improve urban mobility in Morocco, and in particular the quality and management of public transport.
According to the World Bank, about 60 pc of of Moroccans are living in cities wherein public transport system is under growing pressure. Local councils have struggled to build new roads and manage public transportation due to limited resources.
To address these difficulties and challenging issues, Moroccan authorities worked out an ambitious transport program seeking to improve the quality of urban transport services and reduce travel time.
This program, which will focus on cities of over 100,000 inhabitants in nine regions, aims to strengthen the capacity of local authorities to plan and monitor public transport
Dubbed “Program for Results (PforR)”, this pilot project will release funds only when milestones agreed upon in advance are completed.
“An efficient urban transport system is essential for urban mobility, which will underpin the development of Moroccan cities”, said Marie Françoise Marie-Nelly, World Bank Maghreb Country Director.
“Improved public transport systems will mean increased productivity and better access to economic opportunities and key services such as health and education, particularly for the most disadvantaged citizens.”
Morocco estimates the funds needed for its urban transport sector to reach US $3 billion over a decade. The goal of its national plan is two-fold: to improve the sector’s management and make it financially sustainable; and to build a network of urban transport corridors within larger cities.
“This is a timely program to support the Moroccan government’s public transport agenda. Beyond strengthening institutions and decentralized management more broadly, the project will support the establishment of public transport corridors and improve the efficiency of traffic management with dedicated infrastructure,” says Vickram Cuttaree, Senior Infrastructure Economist and Task Team Leader.
The World Bank has stepped up its engagement in the urban transport sector in Morocco over the past few years. A US $136.7 million-Development Policy Loan (DPL) was launched in 2011 to improve the sector’s governance and increase urban transport and infrastructure. This was coupled with regular technical assistance for the Moroccan government’s transport strategy, along with research to deepen its knowledge of the sector with studies such as the Casablanca Gender and Transport report released in 2011.