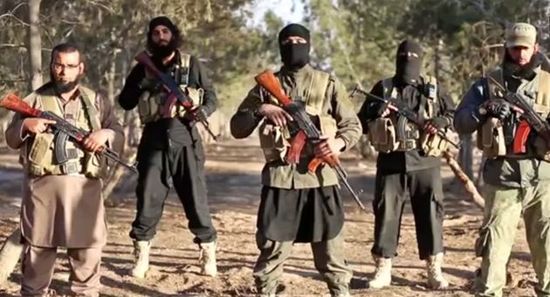 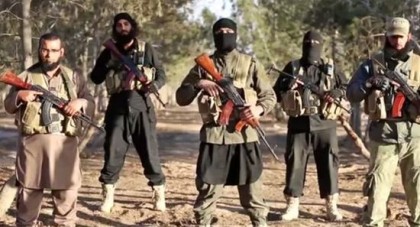 The Islamic terror movement IS Tuesday celebrated in a video recording the Tunis suicide attack and promised fresh attacks in the Tunisian capital, reports say.
The group hailed the suicide bomb attack that rocked the Tunisian capital nearly two weeks ago and which killed 12 members of the Tunisian presidential guard.
The attack was perpetrated by a lone Tunisian said a mobile vendor known to police security forces. The Interior Ministry also said the bomb used in the attack is the same as the one used in the bomb belt seized in Tunisia last year from Libya.
In the video recording, featuring five Tunisian jihadists, the group also threatened Tunisia with fresh attacks which it said will target the El Kasbah square in Tunis and detentions centres of El Mornagia andd’Erroumi in view of freeing the inmates.
In a separate development, reports indicate that a cleaning lady in a high school ran into a letter allegedly signed IS members asking the Principal of the school to adopt sharia law and separate school boys from girls. Reports also say the signatories threatened to kill teachers who will fail to follow the instructions.
The Principal of the school reportedly handed the letter to the anti-terrorism brigade of region which promised to protect the school from any threat.
A related development also surfaced that another school, Bechechma in the town of Kondar, in the Sahel region also received similar letter last week. The Principal of the school, Aymen Khordani reportedly received death threats if he does not abolish mixed class rooms and adopts the sharia law.
Tunisia has been facing a scourge of terrorist attacks and the threats. The country has become the second country in the North African region with increasing number of terrorist attacks after uncontrolled Libya.
Tunisian authorities last week said Tunisia the first victim of IS’s free movements and terrorist attacks in “failed state” Libya.
Tunisia security authorities also pointed out most of the terrorist attacks perpetrated in the country since 2011 have been the work of IS’s trained militants in Libya.