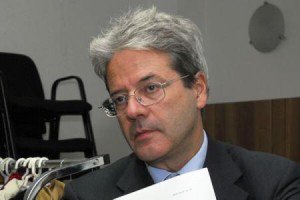 Italian Foreign Minister Wednesday announced that Rome would host an international conference to find solutions to the Libyan crisis and to draw plans to disrupt IS hold on the North African country.

Paolo Gentiloni told Italian Parliament Wednesday Rome would host an international conference on the Italian former colony. According to Gentiloni, the conference would be held on December 13 and will gather governments from the region and key players in the Libya crisis.

The Italian Foreign Minister told Italian lawmakers that the conference may constitute a good incentive for Libyan political rival factions to vote the UN-brokered settlement roadmap.

“We have to remove to obstacles that have impeded agreement … We don’t have much time,” he said.

He also stressed the urgent necessity to develop and draw a strategy to remove IS’s claw on Libya.

“We can still stop the country from completely disintegrating and stop Daesh from advancing,” Gentiloni said using the Arabic name of the terrorist organization.

“We can do it, with intense diplomacy, an agreement between the various sides, and a strong commitment to political stability by the future government,” he added.

Italy is very concerned about the chaos in Libya as it is one of the prime destinations of migrants setting off from Libyan coasts controlled by criminals and human traffickers.

Italian Prime Minister, Matteo Renzi, has recently said that Libya is a major concern to his country and to the rest of Europe and is a second Syria that requires global attention.

“Libya is the next focus. We must give top priority to Libya, which is likely to be the next emergency,” Renzi was quoted as saying after a meeting with President François Hollande following the Paris terror attacks of November 13.