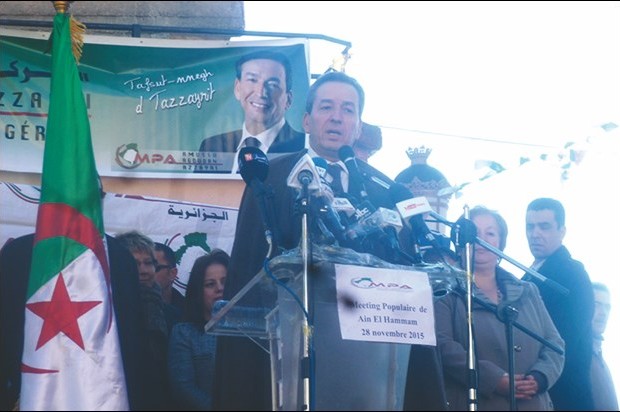 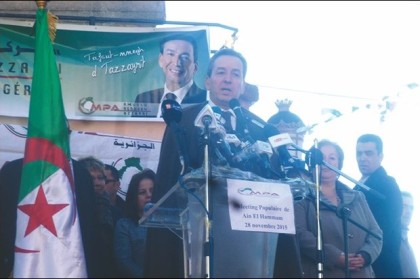 Former Algerian economy minister and head of the Algerian Popular Movement party (MPA) Saturday rejected the suggestion that a single national party will guarantee the stability of the country hit by economic slow-down.

“Some are concerned about the stability of the country, I am the first political figure to defend it, but stability does not mean return to the single party system. We don’t want to go back to that era,” Amara Benyounes said Saturday at a political rally.

For Benyounes, a return to a single party system leaves Algerians with two choices: return to the 1990s or post 1990s, i.e. terrorism or dictatorship.

Benyounes argued that only democracy could guarantee the stability of the country and save Algeria from foreign intervention. Algeria’s stability needs a strong opposition, not Islamism nor single party system.

He warned that without a strong opposition, the country will collapse and will be taken over by Islamists.