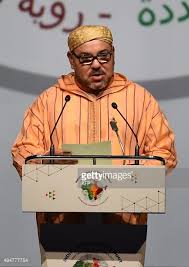 Morocco, Powerhouse of Africa, Teams Up with India for Building Strategic Partnership

India, the world largest democracy and regional superpower, is looking into ways of tapping into Morocco’s growing economic and political influence in Africa for building a strategic partnership with the African continent during the 3rd India-Africa Forum Summit which opens this Thursday in New Delhi.

According to some experts, India wants to counter China’s dominance on a continent having vast natural resources and the world’s fastest-growing population.

Annual trade exchanges between India and Africa has more than doubled to $ 72 billion, while trade between China and Africa soared to $ 200 billion as the world’s No.2 economy increased oil, coal and metals imports to feed its insatiable industrial machine.

Several top Indian officials have hailed Morocco’s participation in the IAFS, the third of its kind since the first summit was held in 2008, due to the Kingdom’s status in Africa and the key role it plays for the socioeconomic advance of the African continent.

For their part, African leaders attending the summit say the participation of King Mohammed VI in this high level African gathering shows the keen interest the Sovereign grants to promoting South-South cooperation meeting the needs of African people and fostering world peace and stability.

They also commended the socioeconomic development projects launched by Morocco in West and Central Africa setting out multiform partnership, saying the Sovereign’s participation in the 3rd IAFS will contribute to enhancing cooperation between Africa and India.

As to relations between India and Morocco, they go back to the 14th century when the famous traveller and writer from Tangier, Ibn Batuta travelled to India.

The state-run OCP Morocco, the world’s biggest phosphate exporter, has already trading ventures with Tata Chemicals and Chambal Fertilisers, and 400,000 tons of phosphoric acid are exported to India each year.

According to senior officials, India is seeking to explore new ways to expand in energy and infrastructure, as well as innovation and technology, where Morocco takes the lead in Africa.

In 2014, trade between the two countries stood at $1.36 billion, with India’s exports to Morocco amounting to $500.5 million, while its imports reached $ 855.8 million. The balance of trade is seemingly always in favour of the North African country because of India’s imports of phosphoric acid and rock phosphate.

To boost economic cooperation and trade exchanges, the two countries employers and business associations have signed an agreement on the side-line of the 3rd IAFS which will certainly give momentum to Moroccan-Indian partnership to prop up their joint projects in Africa wherein the two countries are highly rated. So there are all the reasons to be upbeat !