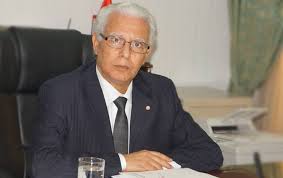 Outgoing Tunisian Minister of Justice rejected Tuesday the Prime Minister’s account of his sacking saying that he was fired because he refused to attend a Parliamentary session that was to approve a new justice draft law.

According to the Prime Minister’s office, the Tunisian Justice Minister, Mohamed Salah Ben Aissa, was fired on Thursday for criticising the US Ambassador and accusing him of meddling into the country’s internal affairs.

However Ben Aissa rejected the Prime Minister’s office statement saying that his sacking had nothing to do with the US Ambassador, pointing out that he was fired because he refused to attend a Parliamentary session planned to approve a draft law on the High Judicial Council.

Ben Aissa told local media that he could not attend the parliamentary session to endorse a law that was against his convictions.

Ben Aissa is the second member of the cabinet to resign after the Minister in charge of relations with the Parliament Lahzar Akremi threw in the towel earlier this month citing government’s incapacity to fight corruption successfully.

Ben Aissa and Akremi are both members of the ruling Nidaa Tounes party tasked, among others, with stamping out corruption which was root cause of the fall of former President Ben Ali’s regime.